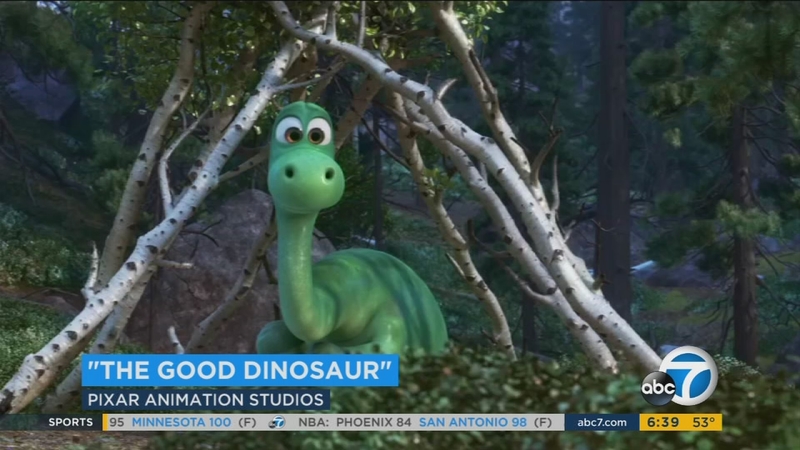 'The Good Dinosaur' debuting at El Capitan Theater in Hollywood

HOLLYWOOD, Calif. -- Moviegoers got a fun start to the holiday weekend as people lined up overnight for a screening of the new Pixar film "The Good Dinosaur" at El Capitan Theater in Hollywood on Tuesday.

Pixar held the special event in celebration of 20 years of movie making. Favorite characters from previous Pixar films like "Monsters, Inc." and "Toy Story" were at the opening.

A dinosaur museum exhibit was also available for goers that want to learn more about the history of the species.

The film tells a story of what would happen if the asteroid missed the earth and dinosaurs lived with humans.