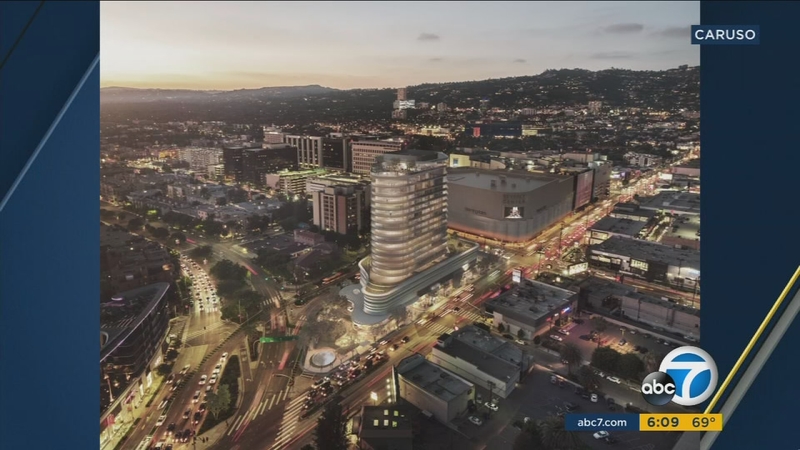 Caruso, best known for constructions such as the Americana and the Grove, has made donations to most of Los Angeles' elected officials, including $125,000 to a non-profit set up by Mayor Eric Garcetti, the Los Angeles Times reported.

"Billionaires and billionaires know how to get what they want. All they have to do is add some zeros to a check," said Jessie Creed, who is running for the city's 5th District council member seat.

The city's planning commission endorsed a zone change and height district change for Caruso's project. Philippe Cohanim represents condominium owners who live nearby, and he initially opposed the project.

"When we heard about the project, we had concerns about the noise, about the dust, and that's when we started meeting with Mr. Caruso and his staff. That's when he addressed everything," he said.

He added that Caruso is paying for some repairs to the building, which includes soundproof windows.

In the meantime, Councilman Paul Koretz, who at first expressed support for the project, said after receiving 1,000 signatures from concerned residents, he now opposes the project until there is a better proposal for the community.

Garcetti said development decisions are kept absolutely separate from political contributions. A spokesperson for Caruso said they have overwhelming support from many residents and businesses in the area.

A statement they released said in part, "We earned the trust and support of our neighbors by implementing their suggestions from installing bike lanes and widened sidewalks to providing affordable units for the less fortunate."