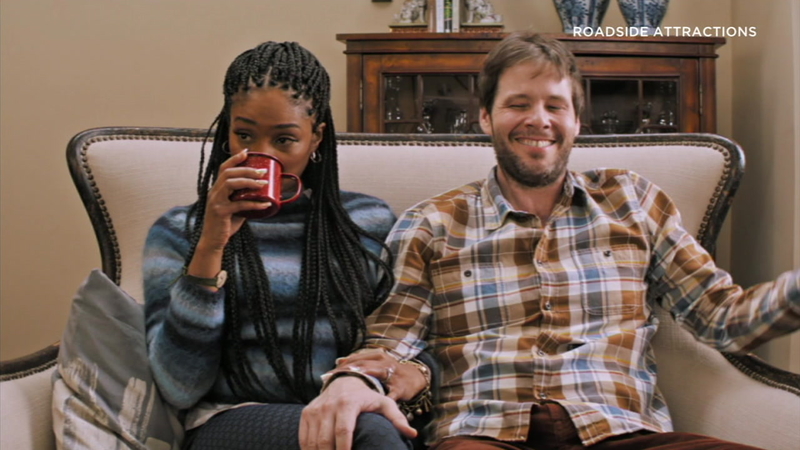 LOS ANGELES (KABC) -- After the presidential election in 2016, Ike Barinholtz was inspired to write the script for a new movie. The result is "The Oath," which he also stars in, produces and directs.

The political satire imagines a time where Americans are asked to sign a "loyalty pledge" to our country. Barinholtz and Tiffany Haddish star as a couple whose liberal political views don't jive with the rest of their family.

In real life, Barinholtz's family really did have an "enthusiastic" exchange following President Donald Trump's election. His goal with this film was to find just the right tone about the divides and discord we're facing today. "Get Out" director Jordan Peele offered him some advice.

"He saw it and gave me a great note, which is you have this really scary scene, then you have a big joke afterwards -- that cuts it, which is great, but then you have another joke sometimes, then you're pushing it too much," said Barinholtz. "We are talking about balance and that roller coaster. There were moments where we kind of went a little too dark, I think. I did want it to have an optimistic message -- hopefully that people can put things behind them and move forward."

While the film tackles politics in a dark and satirical way, Haddish said she tries to steer clear of the subject in her own comedy.

And that's why Barinholtz wanted her, and only her, for the job.

"There was never a moment where I was writing this movie where I saw anyone other than her," Barinholtz said. "And right at that time, she, you know, began her ascent to the throne, and I was just so worried that at some point someone was going to be like, 'Yeah, Scorsese is going to take her' or something, but luckily, she made a promise to me. She took an oath, and she showed up in the biggest way possible. I just hope to be a subject in your kingdom. That's all I hope."