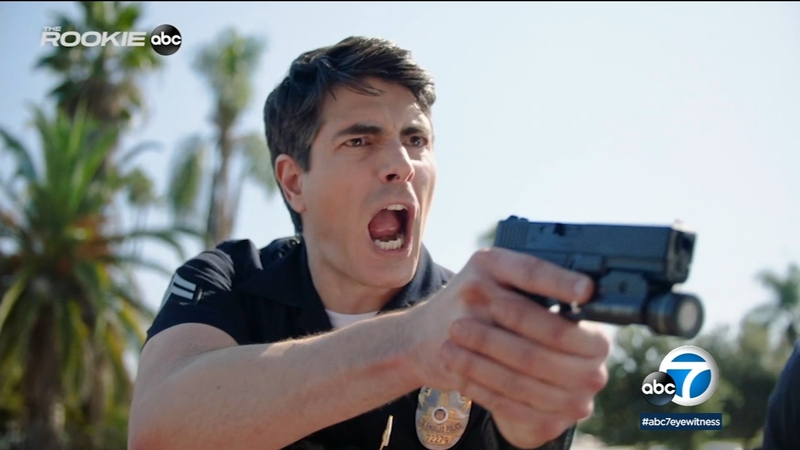 LOS ANGELES (KABC) -- "The Rookie" returned for a third season this Sunday night. When it comes to police, a lot has happened in our real world since last season, and producers are making sure it will be reflected on the show this season.

"We really got on top of this as soon as all of the unrest happened, and I'm really proud of what they've done," said Mekia Cox, who plays law enforcement officer Nyla Harper on the show.

Cox says when the George Floyd incident happened, and then everything else that followed all across this country, she and her co-workers started talking with writers and producers about how their show would deal with it. Everyone was on the same page.

ABC7 anchor Marc Brown also got on board, moderating a panel discussion with cast, crew and this season's collaborators, Color of Change and Breaking Barriers United.

Producers promise a rough and raw season involving the police and the public.

"We really spend the season delving into some of these social injustice issues, and I think it's really important to be discussed right now," said Cox.

Last season, Fillion's character was being framed by a bad cop who planted evidence in his home. Cox said, "We begin this season with the cops at his door and, you know, Harper and Nolan going through this first episode and trying to prove that Nolan is innocent."

"The Rookie" has always had a lighter side. That will continue.

"I really like the relationship between Nolan and Harper this season. I think they're becoming a little bit more comfortable with each other and so there's some comedy there that I don't think we've fully seen in the last season," Cox said.