Thieves make off with more than $30M worth of gold, precious metals at airport 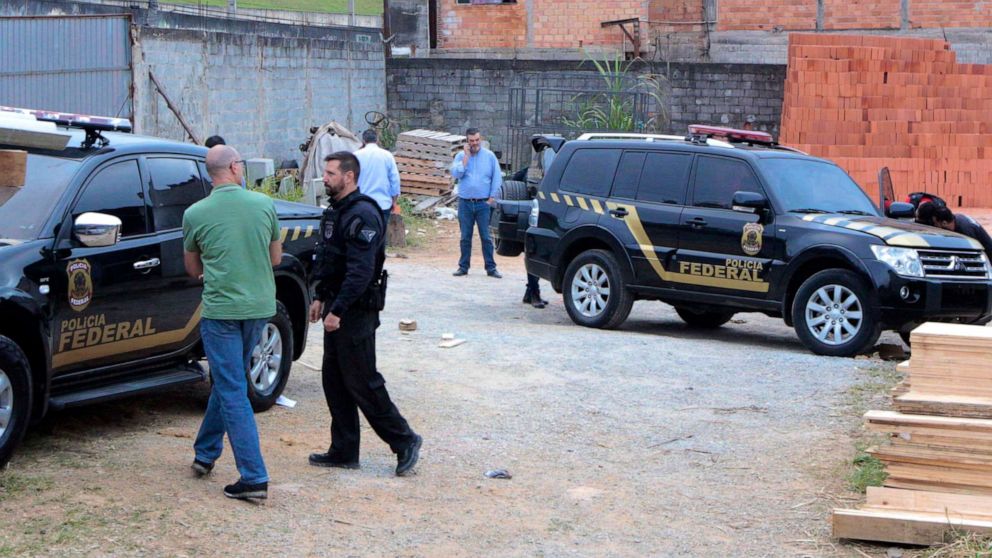 ABCNews
By ENJOLI FRANCIS
Police in Brazil are poring over a surveillance video in hopes of identifying a group of thieves who stole gold and other precious metals from Sao Paulo's airport.

In video released by authorities, the thieves could be seen pulling up at the terminal and signaling for airport workers to load up a vehicle with the packages.

The thieves can be seen shoving the loot into a vehicle made to look like a real police truck. Afterward, the thieves took off in two trucks as the workers stood around watching.

Hueb described how the robbers had obtained access to internal information about the airport's operations on Friday.

"During the investigation, we discovered that one of the employees at the airport had his family held hostage and that forced him to let the robbers into the airport and give them privileged information like schedules, the cargo quantity that was going to be transported, facilitating the robbers' work," he said.

The family and airport worker were not harmed and they were released by the gang.

No one was shot or injured in the airport incident, according to The Associated Press, and the thieves' vehicles were later found abandoned more than 10 miles away from the airport.