This US county has picked every presidential winner since 1980 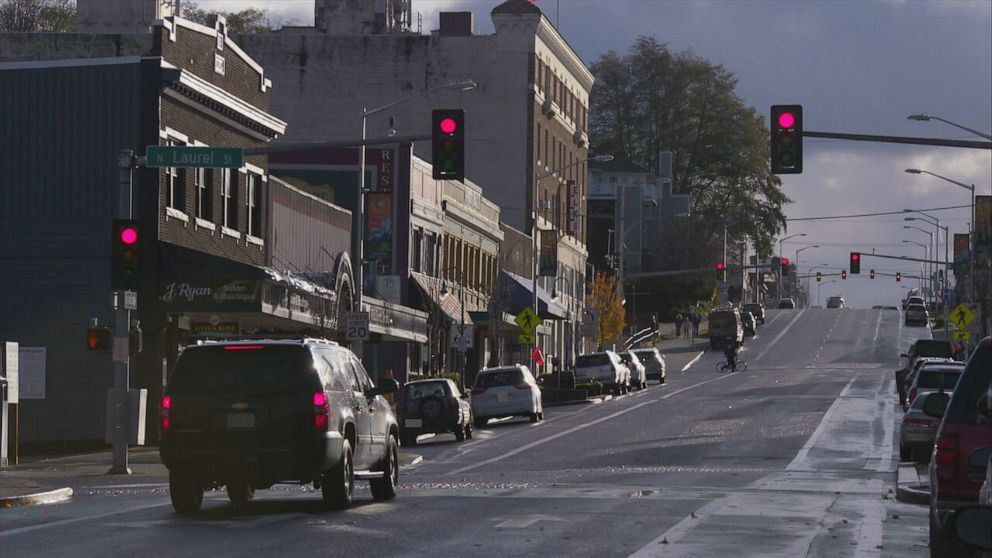 CLALLAM COUNTY, WA -- Clallam County is about as far from Washington, D.C., as you can get, but for the last 40 years, the county has picked every presidential winner.

As of 2016, at least 19 of the country's more than 3,000 counties had chosen every winner since 1980, but 18 of them went for President Donald Trump this year. Clallam County, where President-elect Joe Biden was chosen as the winner, is now the lone survivor.

Also impressive is the fact that the secluded northwest corner of Washington state has only voted for the losing candidate twice in the last century: in 1968 and 1976.

The phenomenon is largely a mystery, but part of the answer lies in the county's demographic, which is a healthy mix of Republicans, Democrats and swing voters, like restaurant owner Young Johnson. Johnson's voting record matches part of her county's. In 2004, she voted for George Bush, then Barack Obama, twice, then Trump, and most recently, Biden.

"Typically I vote with my heart, and the state of the county at that time," Johnson told ABC News. "The person I voted for probably is the person I thought would best fit that situation."

Her county's representatives also perfectly represent the region's political range. The three commissioners include a Democrat, a Republican and and Independent.

The commissioners attribute the county's ability to sway the direction of the country to its semi-location, which perhaps forces a greater tolerance of different ideas.

"We are so remote and so relatively isolated, our county has a real history of independence and creativity," Clallam County Democratic Commissioner Mark Ozias said.

"We've got a spectrum, and what's missing is people that just have to have it their way and not any other way," Clallam County Republican Commissioner Bill Peach said.

Much like the way their leaders come together, the commissioners say residents with differing opinions also co-exist.

"Even though someone may have a Trump sign up on one side and someone may have a Biden sign up the next ... people all come together to work for the community and what the needs are," Clallam County Independent Commissioner Randy Johnson said.

The community is going through the same struggles as many others across the country. Crippled by the COVID-19 pandemic, the economy is teetering at the edge.

"There are so many businesses just barely hanging on right now," Johnson said.

Separated by a short drive and ferry ride to hard-hit Seattle, Clallam's port is now mostly cut off from neighboring Canada. An entire summer of tourism has now been lost.

"I am concerned that without any significant federal relief, we'll see a lot of small businesses disappear," Peach said.

But the economy wasn't the only driving factor at this year's polls.

"They were upset with President Trump and they were not gonna vote for him this time, so I think that ... as national indications have shown ... the election was largely about President Trump, and that's another way that we reflected the national mood," Gottlieb said.

With COVID-19 cases surging, the most pressing problem in the area has become even more clear: getting out of this pandemic.

The coronavirus hit so close to home for Johnson, she decided it wasn't worth keeping her restaurant open. She wanted to give Trump a chance and her vote, but when the virus hit her family, it was the final straw for her.

"He came out and said it was nothing... and at that point, I thought, you know, you have no empathy. America is dying. America is struggling," she said.

Now, the independent-minded community hopes new leadership in Washington might make life just a little easier, but many of them still have doubts about voting for Biden in 2024.

"That depends on what he does in the four years that he has," Johnson said of Biden. "But you know, anything I do is not just for myself but it's for the country. We're all Americans, so we need to unite again."