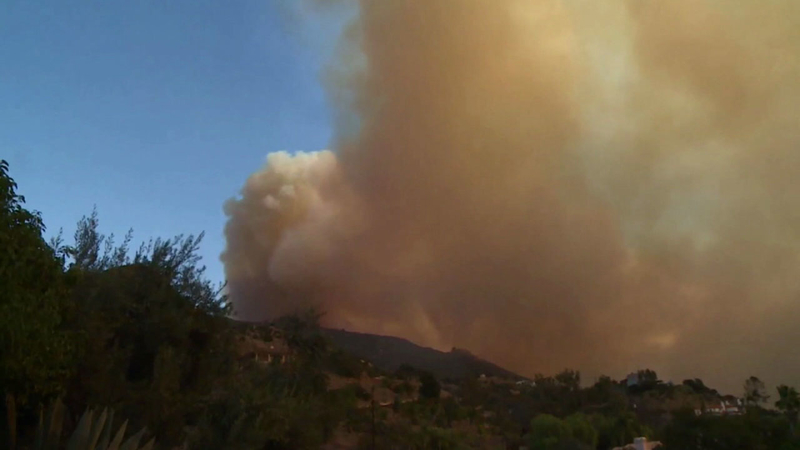 VENTURA, Calif. (KABC) -- More than two weeks after the Thomas Fire first erupted in Ventura County, the 272,000-acre blaze appeared unwilling to be extinguished without a fight.

The inferno also reached 55 percent containment as its burn area was only about 1,000 acres smaller than the largest wildfire in state history. That fire, the Cedar Fire, ripped through 273,246 acres in San Diego in October 2003.

The unrelenting Thomas Fire began Dec. 4 in Santa Paula and has since spread through Ventura County and into Santa Barbara County.

Your @VCFD_PIO also stated that fire crews are beginning to be released from the #ThomasFire & are currently on their way home to their home departments. I am extremely grateful for the hard work & sacrifices made by each and every individual involved w/fighting the #ThomasFire pic.twitter.com/COHiZcfqJj

Cal Fire San Diego Engineer Cory Iverson was killed while battling the blaze, which has destroyed 750 homes and 274 other structures. About 18,000 structures remain threatened, according to Cal Fire.

Full containment of the fire is not expected until Jan. 7, officials said.

The MQ-9 Reaper is a reconnaissance drone that the United States Air Force is utilizing to assist in the suppression of the #ThomasFire. Photo credit: Major Christopher Clark, U.S. Air Force. #oneteamonefight Full story on Facebook: https://t.co/rk8tFb8Yg1 pic.twitter.com/nclj0fEdZN