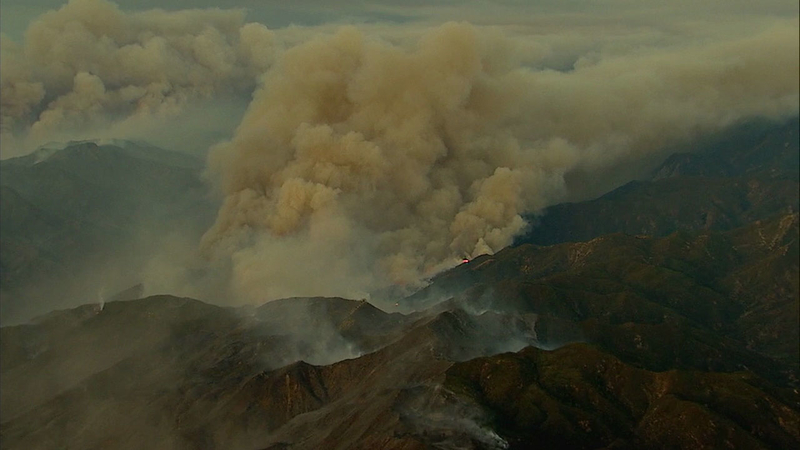 VENTURA, Calif. (KABC) -- The Thomas Fire, which charred 273,400 acres, is now the largest wildfire in modern California history, according to Cal Fire.

The Cedar Fire that erupted in San Diego in October 2003 was the largest wildfire in state history after it burned through 273,246 acres and destroyed 2,820 structures.

Since Dec. 4, the stubborn Thomas Fire destroyed hundreds of homes and structures in Ventura and Santa Barbara counties. It started near Thomas Aquinas College in the Steckel Park area of Santa Paula, quickly spreading into Ventura and prompting hundreds of evacuations.

Strong winds, steep terrain and low humidity made it difficult for firefighters to gain the upper hand on the fire as it moved through parts of Ojai, Fillmore, Casitas Springs and La Conchita.

The fire eventually moved into Santa Barbara County, threatening Montecito, Summerland and Carpinteria, after devastating much of downtown Ventura. Evacuations were ordered for a few days, and then lifted Thursday. By Friday it was at 65 percent containment.

Firefighters from all over the state as well as other states came out to help. A San Diego firefighter, Cory Iverson, died of thermal injuries and smoke inhalation while battling the blaze.

Iverson has been the only firefighter death connected to the fire and the second person to be killed. A 70-year-old Santa Paula woman died in a car crash as she fled from the fire.