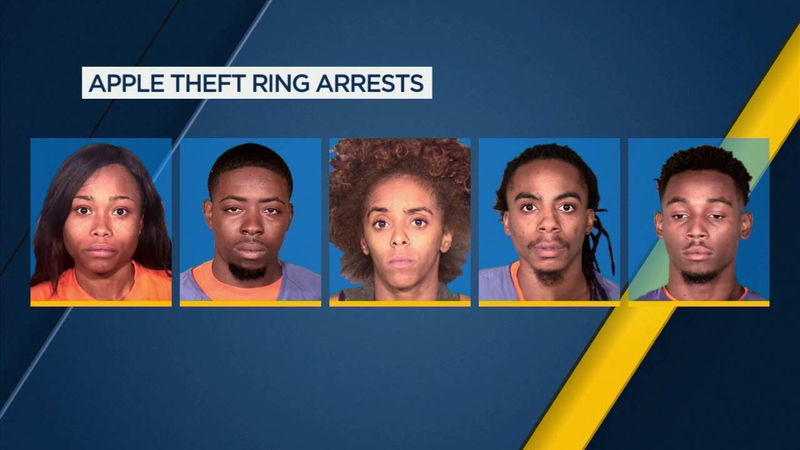 THOUSAND OAKS, Calif. (KABC) -- Five suspects were arrested Sunday after being accused of stealing $18,000 worth of smartphones and laptops from an Apple store in Thousand Oaks.

Two suspects were tackled by customers during the escape and detained until Thousand Oaks police arrived.

The third suspect was able to flee.

Minutes later after the robbery, a vehicle was stopped in Simi Valley for travelling at a high rate of speed.

A search of the vehicle discovered Apple iPhones police said were stolen from the Thousand Oaks store, and more Apple products stolen from another Apple store in Los Angeles.

The driver of the vehicle was arrested for driving under influence of a controlled substance. The other two passengers were also arrested.