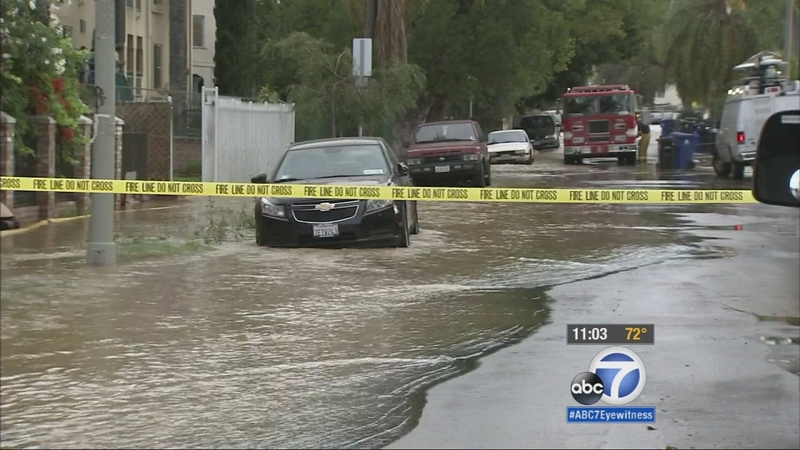 Surrounding businesses and homes were affected, with water flooding an underground parking garage on New Hampshire Avenue. Some area residents were seen wading through gushing water to reach dry ground, while others were trapped in their apartments.

An underground garage was flooded after water main broke near Vermont Avenue and Clinton Street in Los Angeles on Thursday, July 9, 2015.

It was unknown if any customers were without water. The Los Angeles Department of Water and Power said the flooding was caused by a broken 12-inch cast-iron pipe installed in 1929.

LADWP officials said the pipe was considered in grade D condition - the only level worse is grade F. Still, it was not listed on the five-year replacement schedule.

"As silly as it might sound, we do need leaks in the system in order to help us assess which pipes need to be replaced next," explained John Cox, LADWP water utilities superintendent.

LADWP says the same line broke about two years ago on Vermont Avenue. They said their leak rate has been cut in half over the past decade from an average of six per day to three.

This is the aftermath of 12" main break on Vermont Ave; pipe installed in 1929. Considered a "Grade D" pipe. pic.twitter.com/0RRNFZg2cU

Another broken water main caused flooding in the Lake View Terrace area. This break occurred at Paxton Street and Foothill Boulevard near the intersection of the 210 and 118 freeways at around 3:50 a.m.

Fire officials said the broken 36-inch water main sent a river of water onto the roadways. The force of the water did break parts of the road, but it was not known if it resulted in a sinkhole.

The water was shut off around 6:45 a.m. The number of affected customers was not immediately known. 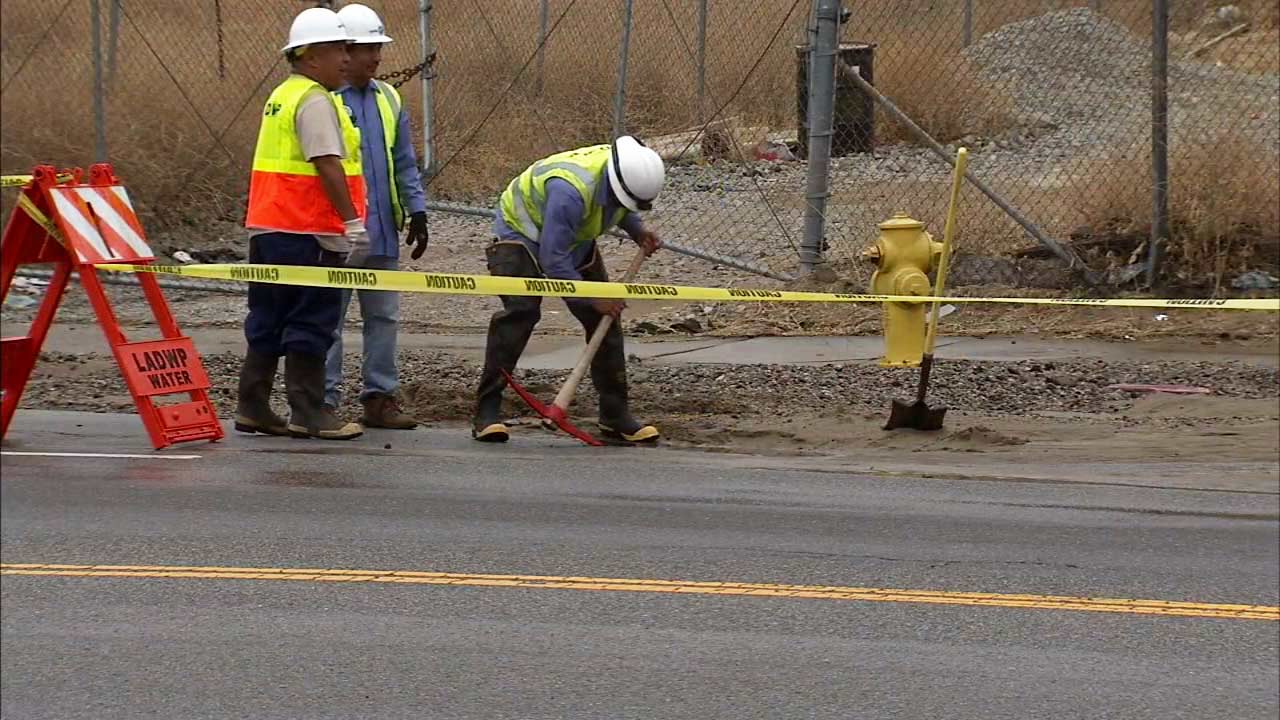 The water has since been shut off and crews were working to fix the broken 8-inch cast iron water main and resulting street damage.