Dwyane Wade, who golfed with Tiger Woods day before crash, talks about his impact

"I picked up the golf club, like many in the Black community, because of Tiger Woods."
KABC
By Rachel Brown 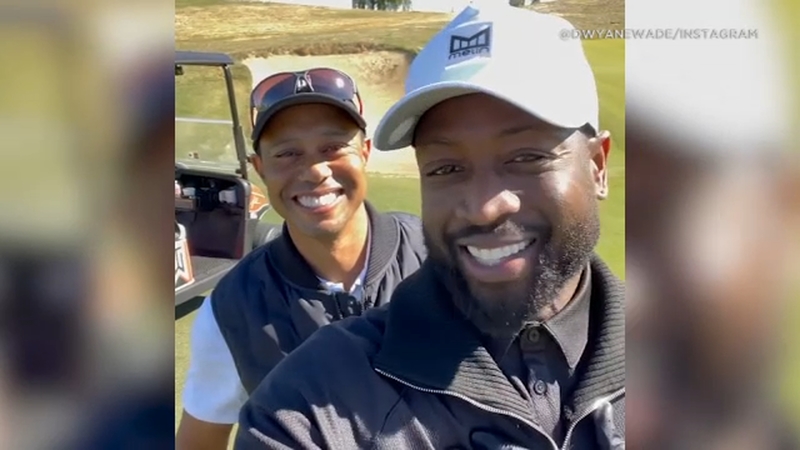 RANCHO PALOS VERDES, Calif. (KABC) -- Former NBA star Dwyane Wade is speaking out about Tiger Woods' rollover crash in Rancho Palos Verdes and his experience playing golf with him the day before the accident.

Wade posted videos and photos on his Instagram page Tuesday showing him with Woods at a golf course on Monday. The two were shooting a segment together for Discovery-owned GOLFTV, with whom Woods has an endorsement contract.

According to Golf Digest, also owned by Discovery, the TV shoot was for on-course lessons to celebrities, such as David Spade and Wade.

In the social media post, Wade joked that Tiger would help him improve his golf game.

After learning about Woods' hospitalization, Wade spoke about the impact the golf legend had on his life.

"I picked up the golf club, like many in the Black community, because of Tiger Woods, and I got that opportunity yesterday to get out there and he taught me a few things," Wade added.

Woods was also believed to be headed to play golf and do another film shoot Tuesday with NFL quarterbacks Drew Brees and Justin Herbert when the accident happened, a source tells Eyewitness News.