Tiger Woods was driving over 80 mph, nearly twice the legal speed limit, before he crashed

Woods was driving 84 to 87 mph on a downhill stretch of road that had a speed limit of 45 mph, Sheriff Alex Villanueva said.
KABC
By John Gregory 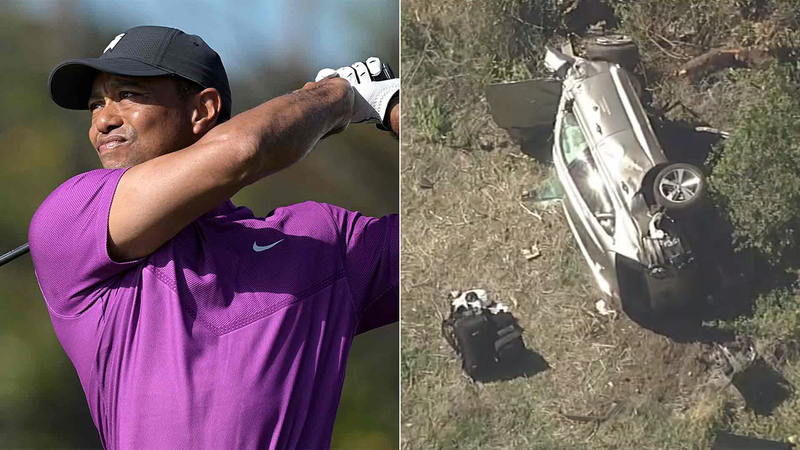 Sheriff Alex Villanueva said during a morning press conference that the primary cause of the crash in Rancho Palos Verdes was speed.

Villanueva said the car that Woods was driving was traveling between 84 to 87 mph in a 45 mph zone when it initially crashed into a raised median, then 75 mph when it struck a tree alongside Hawthorne Boulevard.

The stretch of road is known for wrecks and drivers hitting speeds so high that there is an emergency exit for runaway vehicles just beyond where Woods crashed.

Villanueva blamed the Feb. 23 crash solely on excessive speed and Woods' loss of control behind the wheel. Sheriff's Capt. James Powers said there was no evidence that the golfer braked throughout the wreck and that it's believed Woods inadvertently hit the accelerator instead of the brake pedal.

Last week, Villanueva announced detectives determined what caused Woods to crash his SUV in but would not release details, citing unspecified privacy concerns for the golf star.

The sheriff said Woods gave permission for authorities to reveal details about the crash on Wednesday.

Tiger Woods was speeding when he crashed an SUV in Southern California less than two months ago, leaving the golf superstar seriously injured, authorities said Wednesday.

Detectives did not seek search warrants for the athlete's blood samples, which could have been screened for drugs or alcohol, or his cellphone. Sheriff's officials said there was no evidence of impairment or of distracted driving.

Investigators, however, did search the SUV's data recorder, known as a black box, in the days after the crash.

No traffic citations were issued.

Shortly after the cause of the crash was released, Woods tweeted that he is continuing to focus on his recovery.

Documents show that Woods told deputies he did not know how the crash occurred and did not remember driving. At the time of the wreck, Woods was recovering from a fifth back surgery, which took place two months earlier.

Woods suffered serious leg injuries after striking a raised median around 7 a.m. Feb. 23. The SUV he was driving crossed through two oncoming lanes and uprooted a tree on a downhill stretch that police said is known for wrecks. It is unclear if or when Woods might be able to return to the golf course.

No other vehicles were involved in the crash and no other injuries were reported. The first person to arrive at the scene told sheriff's officials Woods was unconscious inside the vehicle. The first sheriff's deputy to respond found the 45-year-old golfing legend awake and responsive, but seriously injured.

Woods was taken to Harbor-UCLA Medical Center, where he underwent surgery for multiple fractures to his right leg, as well as injuries to his foot and ankle. He was later transferred to Cedars-Sinai Medical Center for follow-up work. He announced March 16 that he had been released from the hospital and returned to his home in Florida. 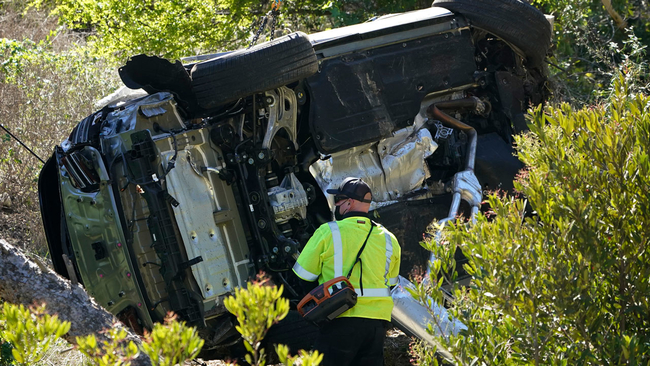 Tiger Woods out of hospital, recovering at home after rollover crash 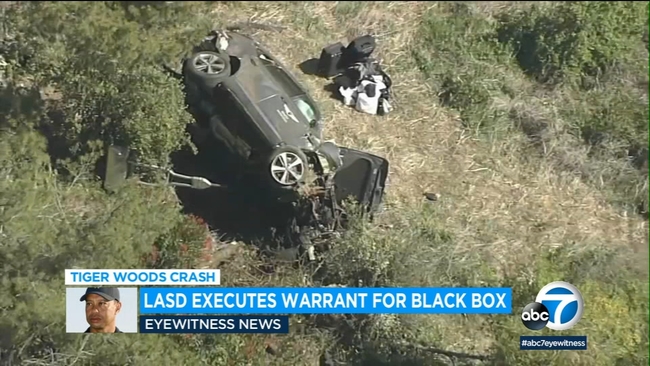