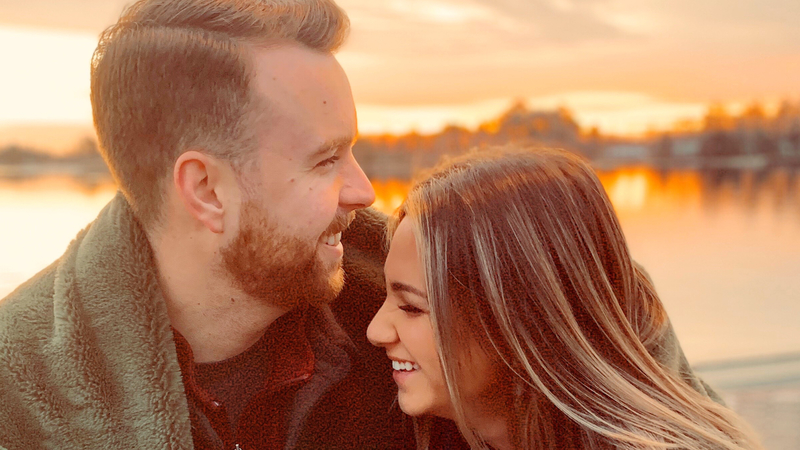 BEACHWOOD, NJ -- A New Jersey couple became viral TikTok stars overnight, and now their story is grabbing the hearts and "likes" of the lovelorn all over the world.

They don't usually post on TikTok, but it was a "stitch" about coincidences that drove Courtney Mahnken to make the video that's now being seen and shared by millions.

Her "crazy coincidence" stitch starts in the hospital nursery where the couple was born -- a day apart.

Twelve years later, Mahnken is now engaged to Nick Monguso, that baby one bassinet over.

The couple went to the same high school in Bayville. And then attended the same college.

But they were still broken up and didn't get back together until after college. After graduation, the couple started dating again, and they've been together since.

As their love story continues to go viral, both Mahnken and Monguso want to encourage others to go find love. And fans around the globe have been asking them for advice.

The Ocean County couple says they are planning a wedding for June 2022.