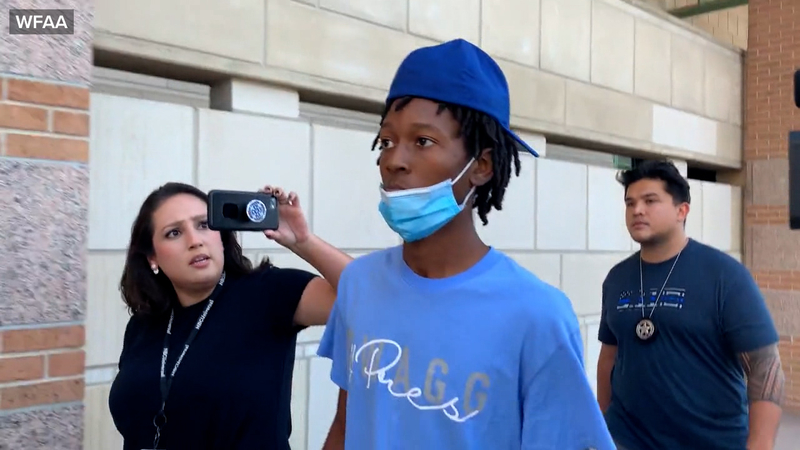 ARLINGTON, Texas -- An 18-year-old student accused in a shooting at a Texas high school was released from jail Thursday after posting bond.

Police accuse Timothy George Simpkins of opening fire in a classroom Wednesday at Timberview High School in Arlington. Two people were shot and two others suffered unspecified injuries. He was jailed on three counts of aggravated assault with a deadly weapon.

Police have said the shooting happened after a fight, but Simpkins' family said he had been bullied and robbed twice at school.

"The decision he made, taking the gun, we're not justifying that," said family spokeswoman Carol Harrison Lafayette, who spoke to reporters outside the Simpkins' home Wednesday night while standing with other relatives. "That was not right. But he was trying to protect himself."

The suspect, an 18-year-old student, fled the scene and was taken into custody hours later, police said.