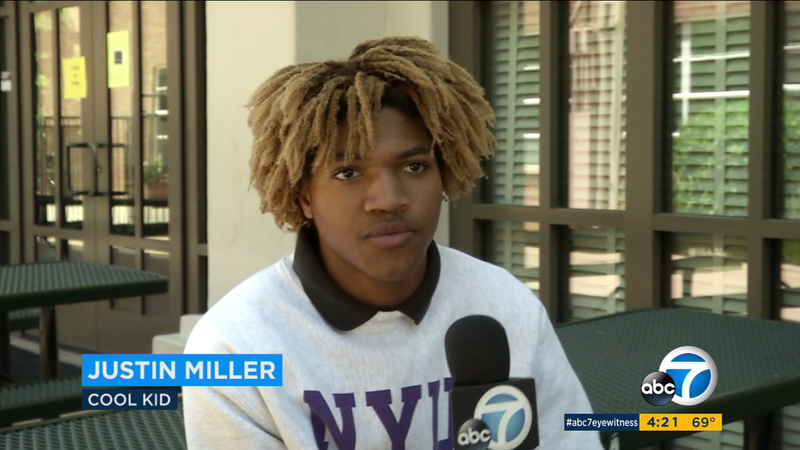 LAPD said they responded to the 6900 block of Camrose Drive at about 1 a.m.

The victim, who LAPD only identified as a driver for a transportation company, demanded a citizen's arrest of Miller for battery. Authorities did not release the details of what led to the incident.

Police said they went to Miller's home and arrested him for battery. Officials said the 35-year-old was released on $20,000 bail early Friday morning.

Earlier this week, Miller appeared on "Jimmy Kimmel Live!" and discussed his medical marijuana use.

Miller recently shot to fame for his roles in the HBO show "Silicon Valley" and Marvel-comic movie "Deadpool."

He also stars in "Office Christmas Party" with Jennifer Aniston, which was released in theaters on Friday.

Miller was slated to host the Critics' Choice Awards on Sunday. The executive producer said Friday that Miller will still host the show.

ABC7 reached out to representatives of Miller and has not yet heard back.