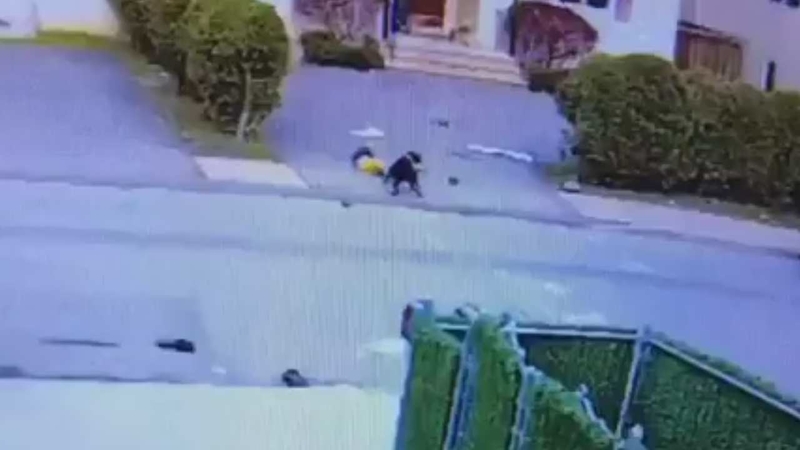 A 3-year-old boy is recovering at home after he was mauled by a pit bull on North Cole Street in Spring Valley.

The video is chilling, showing the dog running up to a group of children, knocking the young victim down, dragging him on the driveway and biting him. The boy, named Eli, managed to get to his feet, and the dog approached again before a good Samaritan grabbed hold of it.

Rachel Gelbman was watching the kids and carried Eli away. He was treated and released from the hospital after being stitched up.

"I only saw it the last few seconds, and I see the dog is biting the kid," Gelbman said. "Then I ran. It was scary. The kids are shaken up. We're all shaken up."

For residents in the area, the attack came after months of seeing the dog run loose through the neighborhood. The pit bull, named Max, was seized by authorities.

"The dog in the back is fenced up in chicken wire," neighbor David Denberg said. "Everybody sees it. Everybody saw it yesterday. And I guess their attitude is whenever the dog gets out, let's see which kid we can chase today."

Police said they only have one complaint on record, but a woman who lives in the multi-family house described Max as "a calm dog who's lived with the family since he was a puppy."

Still, others question why it took so long for police to take action.