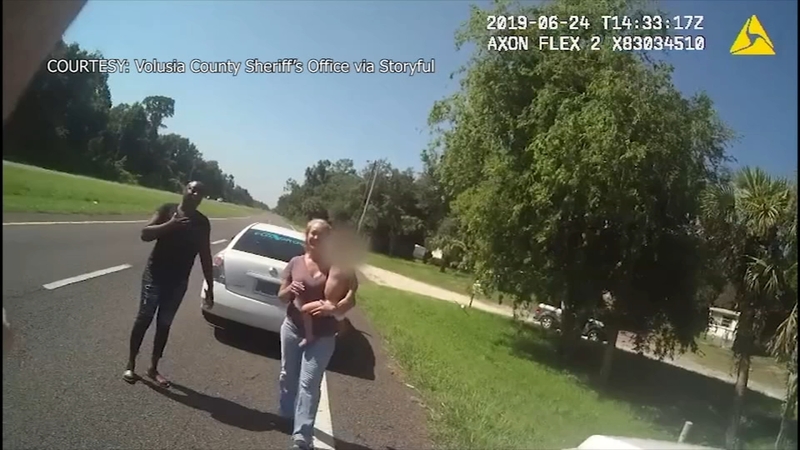 VOLUSIA COUNTY, Florida -- A man and woman were arrested Monday on child neglect charges after a 2-year-old boy wearing only a dirty diaper was found trying to cross a highway, according to the Volusia County Sheriff's Office.

In the video above, you can see a mail carrier and a deputy rescuing the toddler.

The woman said she stopped her car in the road to reach the child and stop other vehicles from possibly hitting him.

The boy was found wearing a dirty diaper and covered in bug bites.

A deputy eventually got into the boy's house and found his parents passed out in bed.

The two woke up after the deputy yelled and struck a wall, according to a release.

The deputy said he found the home to be in deplorable condition, with trash and dirty clothes piled up. He also noted only one bed in the entire home with no sheets on it.

According to documents, the deputy noticed broken beer bottles on the ground and several knives within the child's reach.