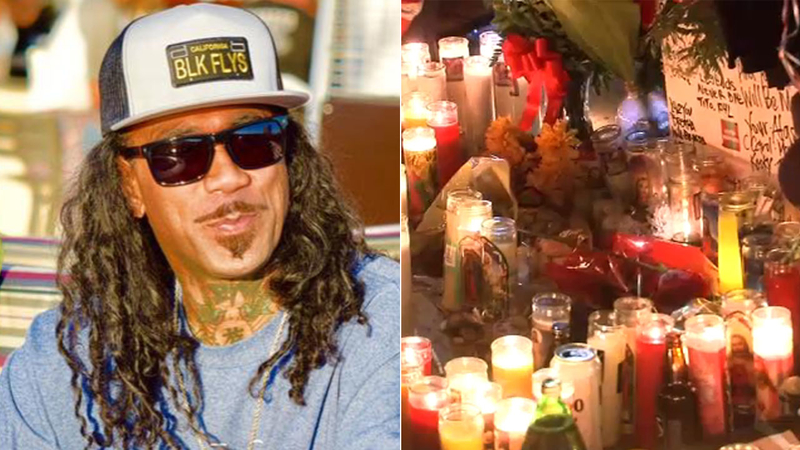 LONG BEACH, Calif. (KABC) -- Police are looking for the person who shot and killed a local musician in Long Beach.

Friends and fans have identified the victim as Toko Tasi, a hip-hop artist and skateboarder.

The shooting happened near Eucalyptus Avenue and West Willow late Saturday night. Detectives say Tasi got into an argument with the suspected shooter, who later ran away.

Tasi, born Asofaatasi Malaki, was gunned down outside a bar.

Friends of the Long Beach musician say that his message of love and positive energy will outlive the violence that took his life.

Supporters are now urging fans to share the music video "Rock Star (Remix)" that embodied Tasi's philosophy as a humble man who was enriched by expanding his circle of friends.

"His music was all about love, spreading love, nothing comes good out of hate," says Tasi's cousin, Tim Niumata.

His album "Rise and Shine" with Ethan Tucker further popularized him on the local club scene.

Jon Phillips with Silverback Music/Red Light Management says they have been pushing the "Rock Star" song in the hopes of making it mainstream, which would help Tasi's 12 year-old-daughter.

Long Beach police is still seeking the gunman who shot 45-year-old Tasi and have not identified a suspect.

Tasi's friends say a dispute erupted in a bar with a man that Tasi knew.

"A fight can be resolved and you both go home, but not when someone pulls out a gun and shoots you for no reason," says friend Natalie Rojas.

Friends say that Tasi grew up surrounded by gangs and drugs but he found an escape in music.

His anthem is a valentine to his hometown.

"Long Beach got love and that's a fact," he raps.