Tom Hanks brings Mr. Rogers' spirit to life in 'A Beautiful Day in the Neighborhood' 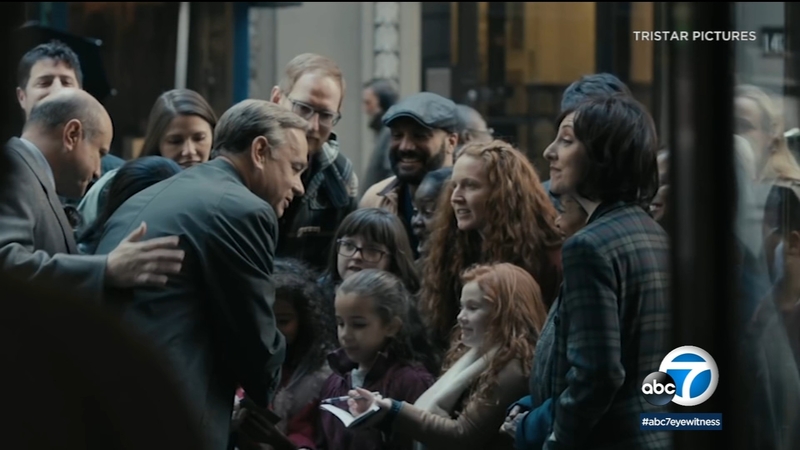 Hanks brings Mr. Rogers spirit to life in 'A Beautiful Day in the Neighborhood'

HOLLYWOOD (KABC) -- The new movie "A Beautiful Day in the Neighborhood" is a true story, based on the life of legendary children's television host Fred Rogers, played by Tom Hanks.

A cynical journalist is assigned to write a profile about the man who had become a hero to so many young people, and is surprised to find out Mr. Rogers was the genuine article.

"He wanted to make children feel safe. Why was he doing it? Well because that was his ministry. That's what he felt as though the creator endowed him with the power to do," said Hanks. "I think if anybody feels good coming out of the movie, which is like a magic elixir if you can make it happen, it is because our default mode of cynicism has been proven wrong."

Hanks says he was often asked if Rogers had a "dark side." The answer is a resounding no.

"But he had a very human side. He had feelings of failure, he had doubts, he wondered if anything he was doing was making a difference," said Hanks. "He was hard working and his family suffered in the way families of hard working famous people suffer. But that just showed he was just as human as you or I."