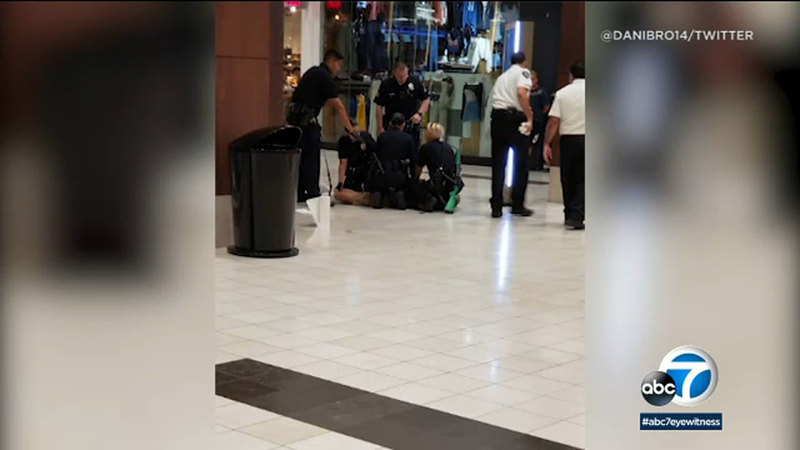 CANOGA PARK, LOS ANGELES (KABC) -- A man was taken into custody after he allegedly tried to stab someone inside the Westfield Topanga mall.

The Los Angeles Police Department responded to the shopping center shortly after 7 p.m. Friday. The suspect who has yet to be identified was armed with a knife and tried to stab someone.

Security guards attempted to chase down the suspect, who then took off running, running in and past several stores, police said.

The guards managed to tackle him outside the Macy's on the second floor and the suspect was taken into custody.

One guard was treated for non-life threatening lacerations to his hands. Nobody else was injured.

The incident happened just weeks after the mall was shut down after a violent robbery inside the Neiman Marcus. Two suspects were arrested and remain in jail.