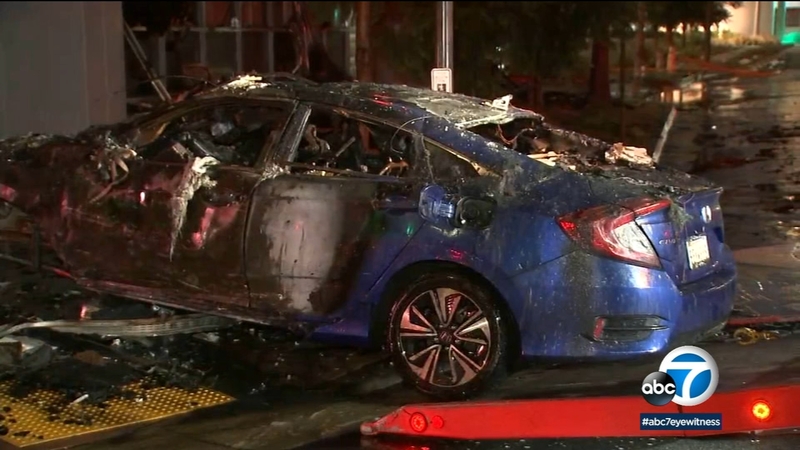 Torrance bank erupts in flames after driver slams into building

According to police, the motorist in a blue Honda ran a red light on West Carson Street before losing control and slamming into the building at the Hawthorne Boulevard intersection.

"It's a bank, so it's very secure," Henderson said. "We had a little bit of an access issue. But our real issue was, the facade around the outside was a combustible metal and it was just stubborn, wouldn't go out."

A police spokesperson said the driver and a passenger were transported to a hospital with minor injuries.

The cause of the crash was under investigation, but DUI was not believed to have been a factor, authorities said.
Report a correction or typo
Related topics:
torrancelos angeles countybankfirecrash
Copyright © 2021 KABC-TV. All Rights Reserved.
More Videos
From CNN Newsource affiliates
TOP STORIES