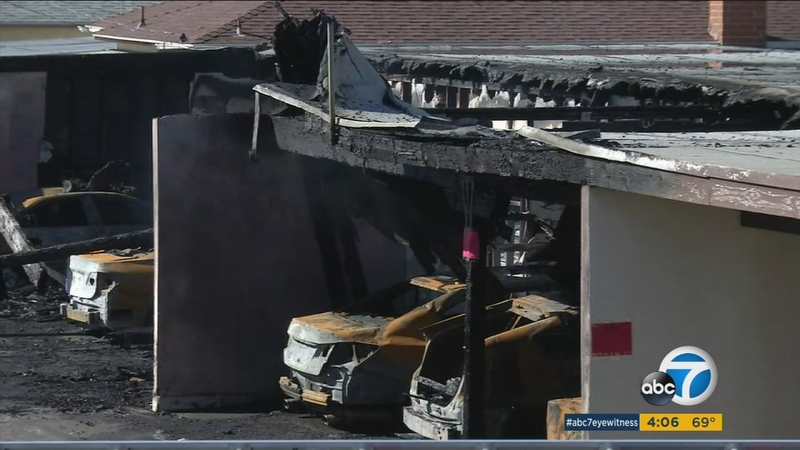 TORRANCE, Calif. (KABC) -- Thirteen cars were damaged when a fire broke out in a carport at an apartment complex in Torrance early Thursday morning.

The blaze ignited shortly before 5:30 a.m. at the Shamrock Apartments on Crenshaw Boulevard and Cherry Avenue, where nearly a dozen residents woke up to find their cars on fire.

"At first when I woke up, I thought I was hearing gunfire because the tires were popping and the gas tanks were blowing," resident Mike Luther said.

Luther added that he recently lost his job and ran into his carport to save his car from the blaze.

Firefighters say 13 vehicles were damaged or possibly totaled, 30 parking spaces were also damaged, and part of the parking structure collapsed.

When crews arrived, flames were 30 to 40 feet high, and it took about 20 minutes to knock the fire down.