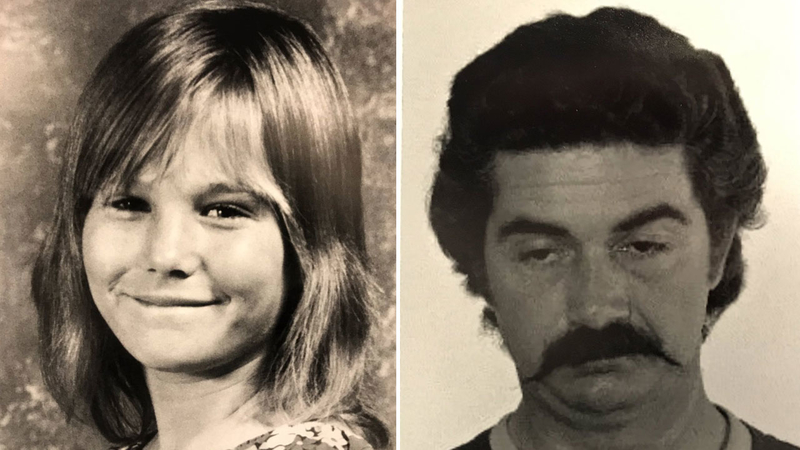 TORRANCE, Calif. (KABC) -- Thanks to extensive DNA testing, Torrance police believe they've solved a 46-year-old cold case - the killing and sexual assault of an 11-year-old girl on Thanksgiving Day in 1972.

Jake Edward Brown was named as the suspect in the murder of Terri Lynn Hollis.

Hollis disappeared after going for a bike ride on Thanksgiving Day in 1972. Her body was found the following day on cliffs in Point Mugu. She had been strangled and sexually assaulted.

Torrance police used DNA technology that produces trait predictions of a person of interest including eye, hair and skin color. In 2018, they used publicly-available genealogy databases that led them to a possible relative of the suspect.

Brown's body was exhumed and bone remains were collected for testing.

DNA analysis confirmed that his bone remains were a 1 in 20 septillion match to evidence collected from Terri Lynn Hollis.

Brown had used aliases and had prior arrests for narcotics, robbery and two rapes that occurred after Hollis' murder.

The brother of an 11-year-old girl who disappeared Thanksgiving Day in 1972 spoke at a Torrance police press conference.

Hollis' brother, Randy Hollis spoke at the press conference: "I only wish my parents were still alive to see this. A lot was taken from us that day and throughout my life. On Thanksgiving Day I always allow for a private moment to remember Terri."

Police will continue to investigate whether Brown was involved in any other unsolved crimes.

#coldcase Terri Lynn Hollis was kidnapped on Thanksgiving Day in 1972 from her home in Torrance. Her body was found the next day in Oxnard. Using new DNA techniques police identified the suspect as Jake Edward Brown. He died back in 2003. pic.twitter.com/7pOi5ODFGk