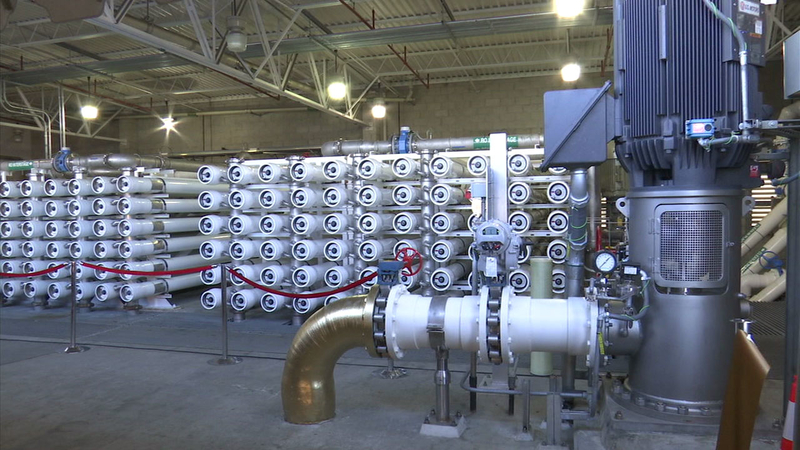 But, the city of Torrance has taken steps toward its goal of 100 percent water independence. At the center of the plan is an expansion of a system that removes salt from the city's groundwater.

"Our water is provided through our water department to our citizens at about 50 percent cheaper than other cities," Mayor Patrick Furey said.

Most cities in L.A. County depend on the Metropolitan Water District, which brings in water via an aqueduct from the San Francisco Bay Delta and the Colorado River.

Torrance is becoming less and less dependent on outside sources of water, not just because of the possibility of another drought.

"Any of those that are destroyed by earthquake or any other disaster there will be no other water supply. So we as an agency and as city have our own well system," Furey said.

But, the water coming out of the city's wells isn't drinkable. In 1946, the groundskeeper at Redondo Union High School was using groundwater for the field when he noticed the turf started to turn yellow. That was the first major sign that saltwater from the Pacific Ocean was intruding into the groundwater in the South Bay.

"The ocean was able to push its way into the freshwater aquifers and it mixed with the freshwater and created what we call brackish water - too salty to drink. So, we're addressing that by pumping that brackish water out, treating it and creating a potable or drinking water supply out of that," said Robb Whitaker, general manager of the Water Replenishment District.