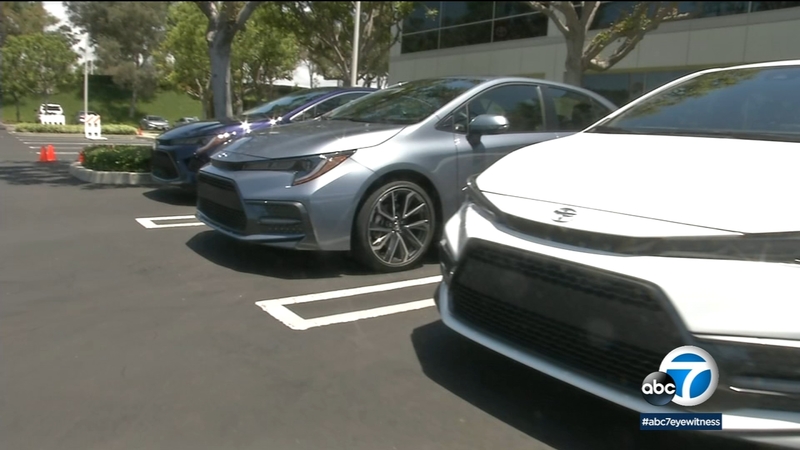 Toyota is busy rolling out its first new model for 2020, the one that's been the most successful -- the Corolla.

"It's been around since 1966, with over 46 million sold since its inception," said Sheila Smith, a product expert with Toyota Motor Sales USA.

There were some challenges selling those first Corollas to American buyers back in the 1960s, as people weren't quite used to smaller Japanese cars at the time. But by the 1970s, drivers looking for reliability and fuel economy flocked to the small Toyota, and it's been on a roll ever since.

But there are new challenges all these years later.

Like Mazda, which has an all-new Mazda3, and Honda, with a revamped Civic, Toyota is joining a battle not just against each other, but against a trend away from sedans. Car buyers have gone crazy for SUVs, and are often passing up sedans as a consequence.

But like those other brands, Toyota's making their mainstay sedan even better with things like safety technology. Toyota's Safety Sense collision avoidance system is now standard on all 2020 Corollas, even the ones that start just below $20,000.

"We have a lot of what we call active safety features. And these would be things like your pre-collision system. It'll also detect a pedestrian if there's a distracted person stepping out in front of you," noted Smith.

And if you prefer using a clutch pedal, even the good old 6-speed manual in the SE model gets some modern tech. The Intelligent Manual Transmission helps rev-match the engine for you. Smoother shifts, like a pro racing driver. Systems like this were previously only available on much more expensive sports cars.

And for the first time, Toyota has added a hybrid version of the Corolla in the U.S. This could be a winning combination for them.

The new Corolla Hybrid is rated at 52 mpg overall, but I managed to get 58 mpg between Irvine and Glendale without even trying too hard. This is the definition of a fuel sipper. The Corolla LE Hybrid has a base price of $22,950.