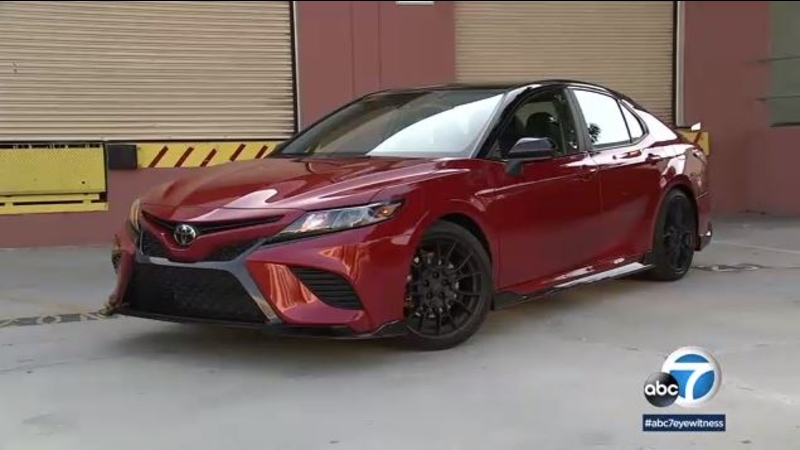 These days, some cars are perfectly fine but get overlooked for one reason: They're four-door sedans, not SUVs. It's no secret that tastes among the buying public have changed.

Now, Toyota is giving its sedans a shot in the arm to make them more enticing. Introducing the Camry TRD.

Now, they've turned their attention to the Camry. A special TRD suspension lowers the car for crisper handling. Bigger brakes help with stopping, and the tires and wheels are upgraded too. For visuals there are side skirts, a special front end treatment, and a tall rear spoiler sitting atop the trunk lid. Inside, red stitching and TRD logos remind you that this Camry is different. And there's a special TRD cat-back exhaust for the V6 engine, which lets out a nice growl without being too obnoxious.

And the Toyota Racing Development treatment has been applied to the larger, more luxurious Avalon as well. The new Avalon TRD gets the suspension, exhaust and other upgrades, but the rear spoiler is more restrained. Think of the Avalon TRD as the more grown-up sporty Toyota.

Ford actually had a similar idea a few years back for its Fusion, with a model called Sport. Featuring an EcoBoost V6 engine with 325 horsepower and all-wheel drive, the Fusion Sport loved to tackle a twisty road or zoom up an on-ramp. But as Ford will soon be sending the Fusion packing, it's already sent the Fusion Sport packing. There may still be some 2019s on dealer lots, however.

And Hyundai has just introduced a new Sonata, late this year there will be a performance version too, as part of the brand's new N-line series. Hyundai is promising N-line packages for several of its models in the coming years, with the Elantra GT N-line already available in the compact class.