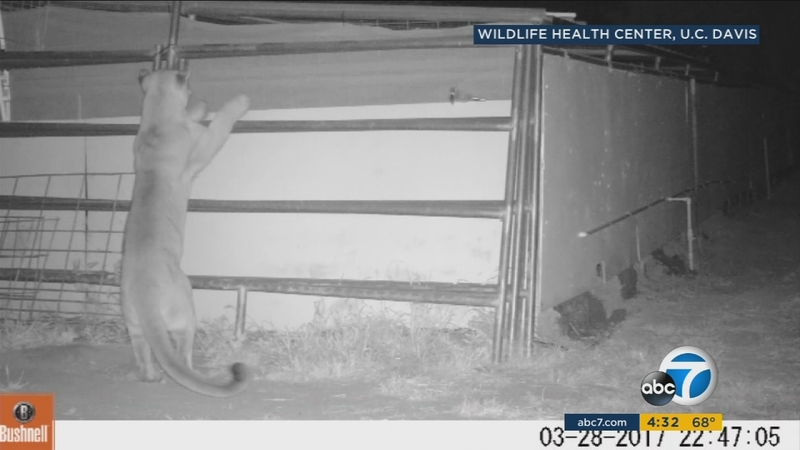 TRABUCO CANYON, Calif. (KABC) -- Trabuco Canyon residents are on alert about the safety of their pets due to a mountain lion on the prowl.

Mark Girardeau, creator of OrangeCountyOutdoors.com, captured video of a big cat roaming around the area.

He said neighbors have asked him about installing cameras, because they're concerned about their safety and the safety of their animals with the mountain lion on the prowl.

On Monday, a mountain lion killed eight pygmy goats, three of which were raised by children who are members of the Trabuco Trailblazers 4-H Club near Lake Forest.

"We're in his back yard. He wasn't being mean, he wasn't being malicious," said the children's mother, Tanya Morgan. "The kids have been wonderful. They're not placing any blame. There is no anger. It's the circle of life and, unfortunately, they experienced it first hand."

Club officials said they tried to secure the club's pens against predators, but weak spots were identified after the attack. They said the defects were repaired, and when the same mountain lion returned the next night, the animal was not able to get inside.

The club said the best way to keep pets and other animals safe is to use specially designed enclosures to protect them from mountain lions. Gaps or holes in enclosures can create opportunities for mountain lions to attack.