Community members are leaving notes of sympathy at the Trader Joe's in Silver Lake where a store manager was killed.

SILVER LAKE, LOS ANGELES (KABC) -- Two days after a deadly shootout involving a gunman and police at a Trader Joe's in Silver Lake, the suspect's grandmother on Monday continued to recover from wounds she suffered when he allegedly shot her in an incident that preceded a chase and standoff.

On Saturday "my grandmother was shot several times by my older cousin," Deshon Hayward said in a statement, referring to victim Mary Elizabeth Madison. "We are devastated and our heart goes out to everyone involved, for now we just need all the prayers and support we can get to make sure that my Granny gets the best treatment possible."

Madison was "up and alert and being herself to the best of her abilities but we have a long surgical road ahead of us," her granddaughter added.

Meanwhile, family members, co-workers and customers continued to grieve for a Trader Joe's store manager who was killed in a shootout at the store.

The man who allegedly shot and wounded his grandmother and another woman before the incident at the supermarket remained in custody on $2 million bail.

Candles burned among flowers and Mylar balloons that comprised a makeshift memorial outside the store, which remained shut down as the investigation continued at the scene.

A vigil was held Sunday evening for Melyda Marciela Corado, 27, who was killed during the standoff. It was unclear if she was struck by gunfire that originated from the suspect, identified as 28-year-old Gene Atkins, or police.

"She was just a bright light. She was a light," said customer Cedi Ali Rajah. "She'd been at this store for, I think, like four or five years. She was just part of the family, like they all are."

A GoFundMe page has been created to help pay for Corado's funeral expenses. More than $21,000 has been raised, vastly exceeding the fundraiser's stated goal of $5,000.

"I miss my sister," Albert Corado wrote on Twitter. "I wish this wasn't happening. Feels good to be with family, though. My dad is doing his best to keep it together. I am, too. Family is coming to visit from as far away as Australia. #MelydaCorado you were immensely loved."

According to police, employees and dozens of customers were inside the store Saturday afternoon when an armed man crashed his car on Hyperion Avenue and exchanged gunfire with officers. He then barricaded himself inside the Trader Joe's.

The incident later ended peacefully when Atkins handcuffed himself and exited the store with several customers and employees. He was immediately taken into custody by SWAT officers. 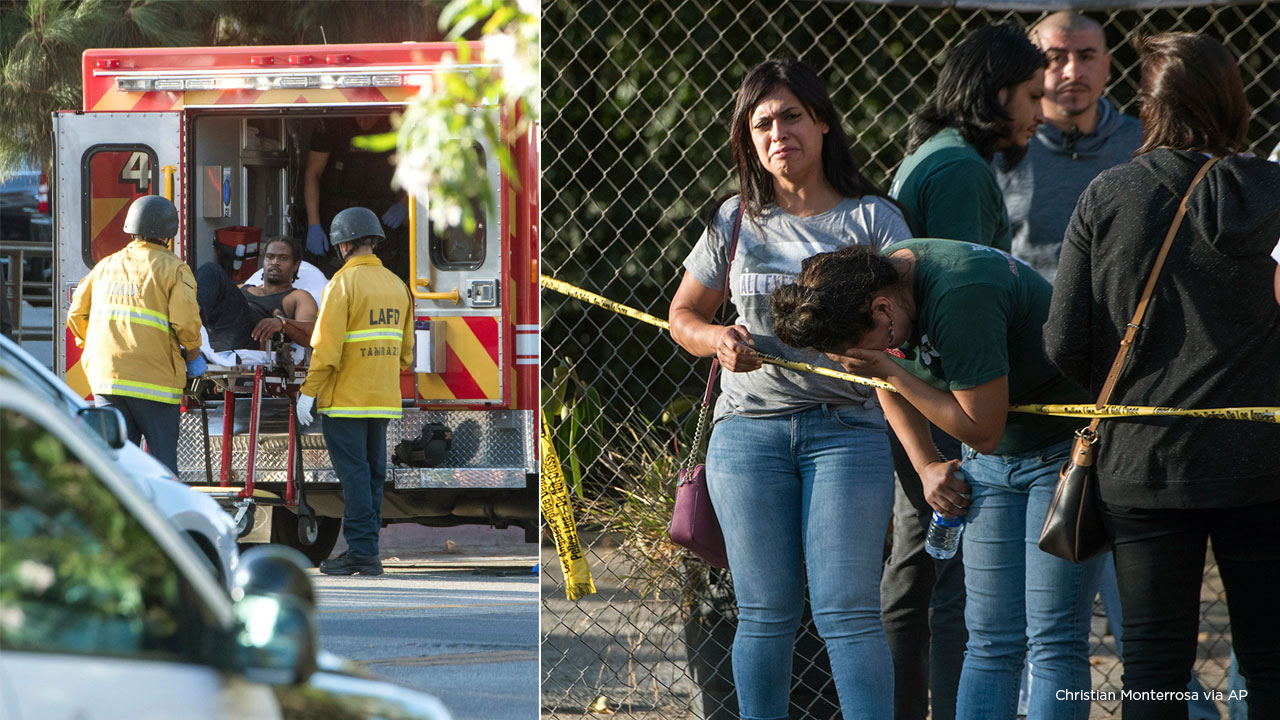