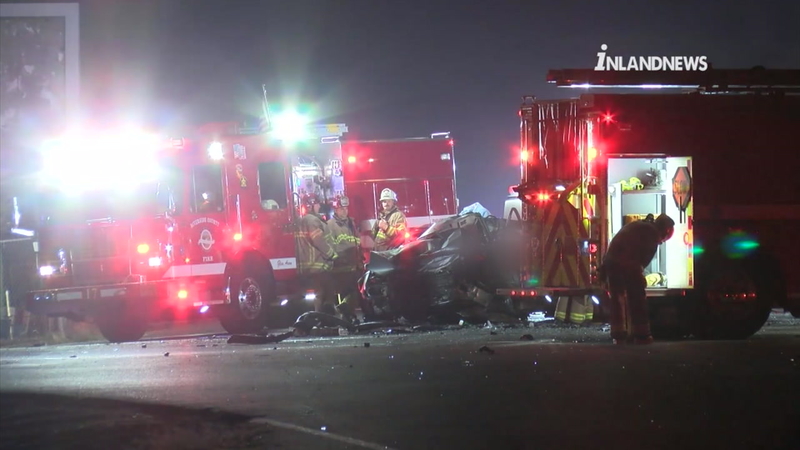 The crash occurred at the intersection of Van Buren Blvd. and 56th Street at approximately 11:30 p.m., prompting a response from Jurupa Valley Police Department officers to the scene. Four vehicles were believed to have been involved.

One victim was taken to a local hospital in critical condition, according to the Riverside County Sheriff's Department.

Four others were pronounced dead at the scene. Hours after the incident, firefighters were at the crash site working to extract at least one body from the wreckage of a mangled car.

Van Buren Boulevard was reopened after being closed overnight between Jurupa Road and Limonite Avenue.