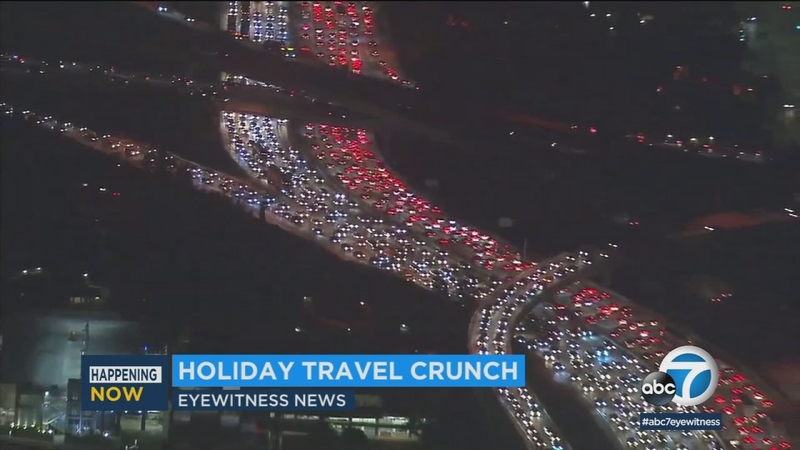 LOS ANGELES (KABC) -- Thousands of Southern Californians are hitting the roads this Fourth of July and authorities want to make sure everyone gets to their destinations safely.

The California Highway Patrol plans to step up DUI enforcement this week and the Glendale Police Department cited the fact that 44 percent of those killed while driving in 2016 had some sort of drug in their systems, up 28 percent from a decade ago.

"We're seeing a larger spectrum of what's out there, marijuana, controlled substances, alcohol," Glendale police officer Larry Ballesteros said. "People tend to think that if they take something that's prescribed to them by a doctor, that it's ok to drive because they feel ok."

"That actually impairs their ability to drive a car safely."

Opioids have become a recent concern for holiday drivers as well, according to police.

At DUI checkpoints, authorities will be using breathalyzers and vital medical services, which are mobile units with registered nurse that perform blood draws on scene for more accurate readings.

There may be fewer people than usual leaving town for the Fourth of July, which could mean heavier traffic throughout the LA area.

When it comes to traffic, Google has reported fewer people than usual leaving town for the Fourth of July, possibly because the holiday falls midweek on a Wednesday.