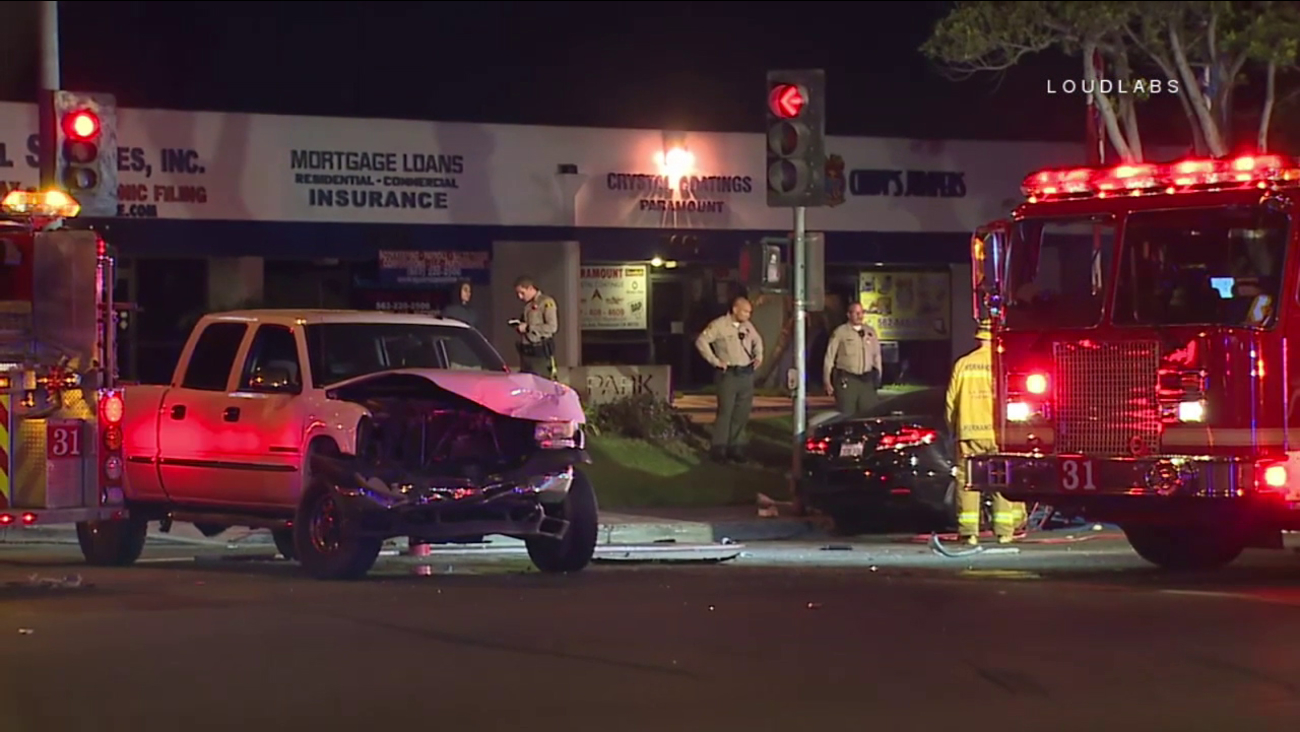 PARAMOUNT, Calif. (KABC) -- A 47-year-old woman was killed and two others were injured when a pickup truck and a car collided Saturday morning at an intersection in Paramount, authorities said.

The violent crash was reported shortly before 4 a.m. at Rosecrans and Orange avenues, according to the Los Angeles County Fire Department.

Firefighter-paramedics pronounced a woman dead at the scene. The Los Angeles County coroner's office later identified her as Amalia Rosas of Compton.

Two people suffered non-life-threatening injuries and were transported to a hospital for treatment. Their ages and genders were not available.