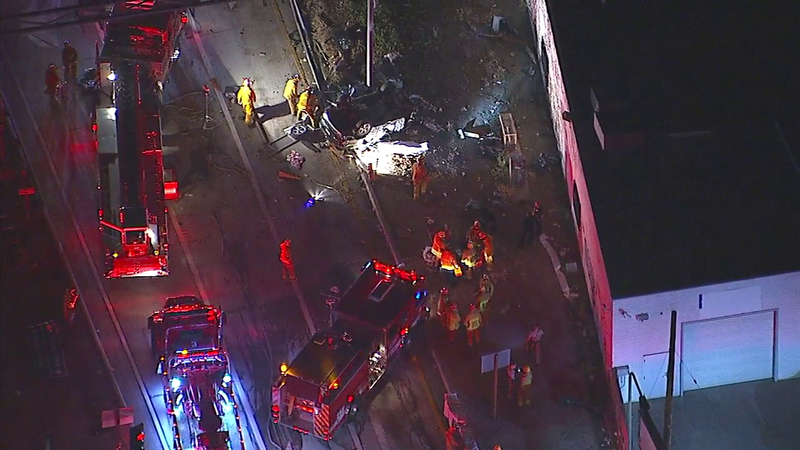 1 killed, 4 critical after rollover crash on 405 off-ramp in West LA

WEST LOS ANGELES (KABC) -- One person was killed and four others were critically injured in a violent crash Wednesday morning on an off-ramp from the southbound 405 Freeway in West Los Angeles, authorities said.

The rollover collision, involving an overturned SUV, occurred shortly before 4 a.m. at Olympic Boulevard, according to a California Highway Patrol incident log. A Sigalert was issued and the off-ramp was expected to remain closed until about 6 a.m.

The identity of the deceased person was not immediately known.

SIGALERT: SB I-405 OLYMPIC BLVD OFFRAMP BLOCKED UNTIL 0600 HOURS DUE TO A COLLISION

The four occupants of the vehicle who survived the incident were described as men in their 20s. Two were rushed to Cedars-Sinai Medical Center; the other two were transported to Ronald Reagan UCLA Medical Center, the CHP said.