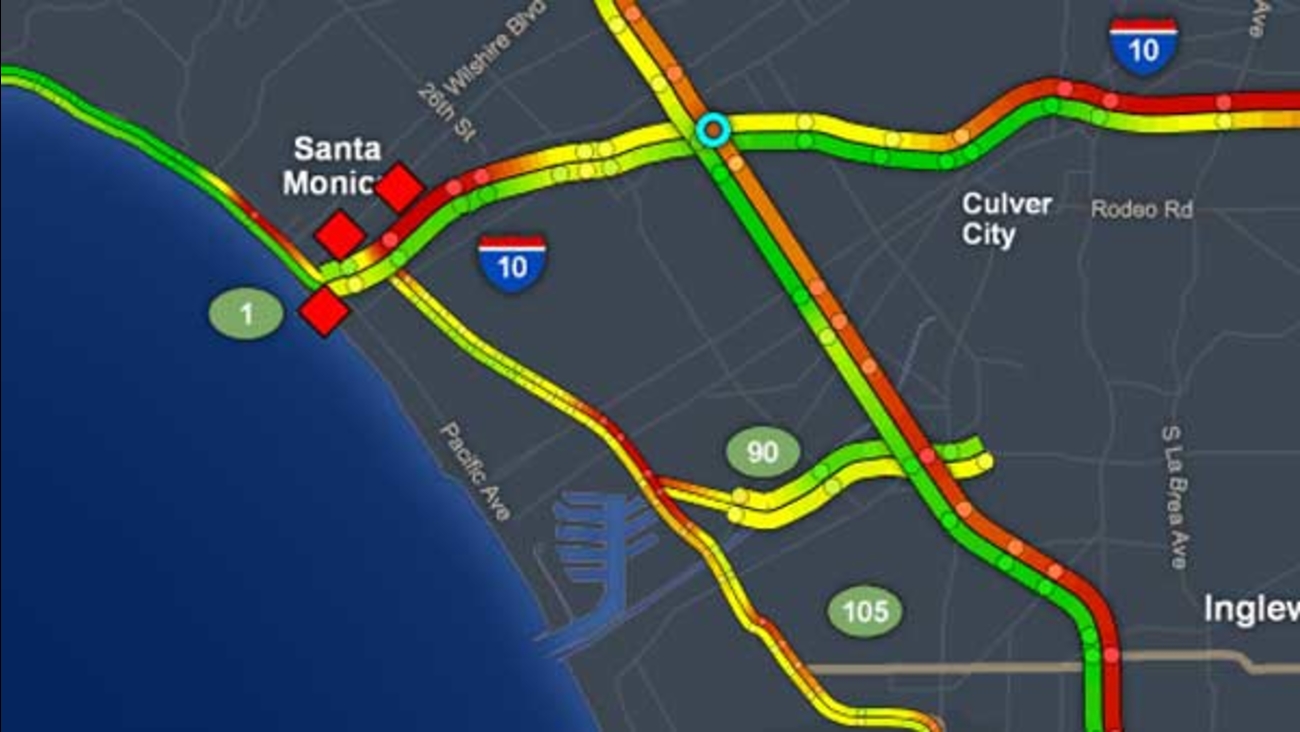 This traffic map shows SigAlerts in the Santa Monica area on Wednesday, Aug. 23, 2017.

SANTA MONICA, Calif. (KABC) -- The westbound 10 Freeway and northbound Pacific Coast Highway in Santa Monica were shut down Wednesday morning after a pedestrian was fatally struck by a vehicle, police said.

Santa Monica police responded to the 1100 block of Pacific Coast Highway at about 5:10 a.m. and found a pedestrian was fatally struck by a car. The driver, who was not injured, remained at the scene and was cooperating with police, authorities said.

A preliminary investigation revealed the pedestrian was on the roadway for reasons not yet known when the vehicle, traveling northbound along PCH, struck the pedestrian, Santa Monica police said.

The westbound 10 through the 1100 block of PCH was closed. Police urged motorists to avoid the area.

Meantime, northbound PCH was expected to be shut down for several hours due to the crash investigation.