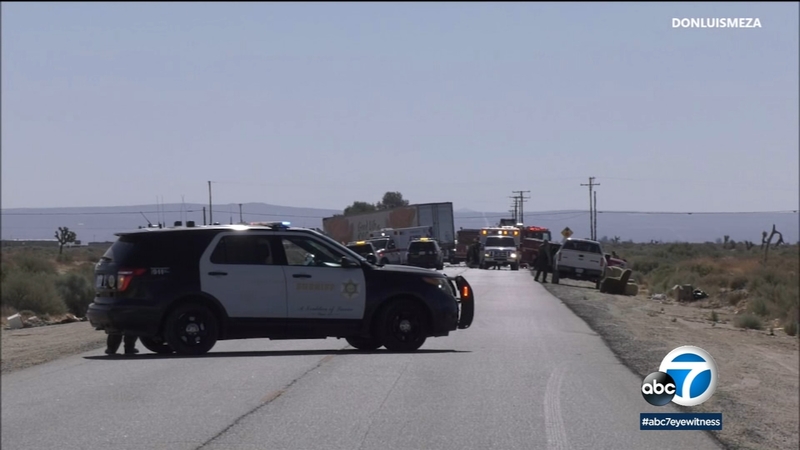 SAN YSIDRO, Calif. (KABC) -- Two San Diego police officers were among three people killed Friday after their car was struck by a driver going the wrong way on an interstate highway, authorities said.

The officers were in a blue city-owned Ford Fusion sedan when they were hit by a white Honda Civic going at a high rate of speed in the wrong way down Interstate 5 near the U.S.-Mexico border south of downtown San Diego, California Highway Patrol Officer Jim Bettencourt told the San Diego Union-Tribune.

The female driver of the Civic was also killed after her car slammed into the officers' sedan and burst into flames.

The officers were identified as a married couple, Detective Ryan Park, 32, and his wife, Detective Jamie Huntley-Park, 33.

Park was a homicide detective, and Huntley-Park was assigned to the Southern Division. They had the day off, but Ryan was on call, Police Chief David Nisleit said at a news conference Friday evening.

Two women and two boys were killed in a crash involving a big rig and a car in Lancaster Friday morning.

Huntley-Park was a successful hockey player, a hockey referee coach and had even refereed Olympic trial games, Nisleit said, "She was an outstanding officer and detective who was assigned to our southern division."

Park, 32, was a "remarkable patrol officer, who quickly assembled through ranks and became a homicide detective assigned to team one of our homicide team," Nisleit said.

The two met in the police academy in April of 2012, when they both joined, and were coincidentally promoted to the rank of detective together, Nisleit said. They got married in February 2016.

Thank you to everyone who has reached out today. We ask that you keep the Huntley & Park families in your thoughts and prayers. Rest Easy. pic.twitter.com/ddCyGqgB0Y

Police were still investigating what happened and whether drugs or alcohol were a factor.

A few hours after the crash, a procession of more than a dozen motorcycle officers led a coroner's van away from the site.

"Detectives Jamie Huntley-Park & Ryan Park touched countless lives in our department and our community. Thank you to everyone who has reached out today," the San Diego Police Department wrote on Twitter. "We ask that you keep the Huntley & Park families in your thoughts and prayers. Rest Easy."