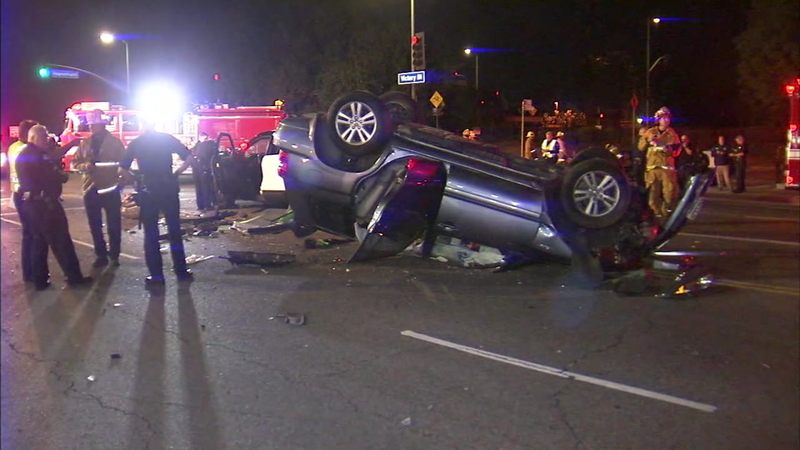 The two cars collided with each other first, and then struck the patrol car, which was stopped at the light.

"They're actually having a tough time recalling what exactly happened. All indicators are that they were just waiting to make a left turn," Capt. Andrew Neiman said.

Paramedics treated nine people with injuries near Hayvenhurst Avenue and Victory Boulevard. The civilian SUV flipped over on its roof and firefighters had to extricate at least one person.

Footage from AIR7 HD showed a mother and her two young children taken into an ambulance as feet away the mangled cars sat. The two officers were also taken to a nearby hospital for an evaluation.

Officials said none of the injuries are considered serious and that all of the victims wore their seatbelts.