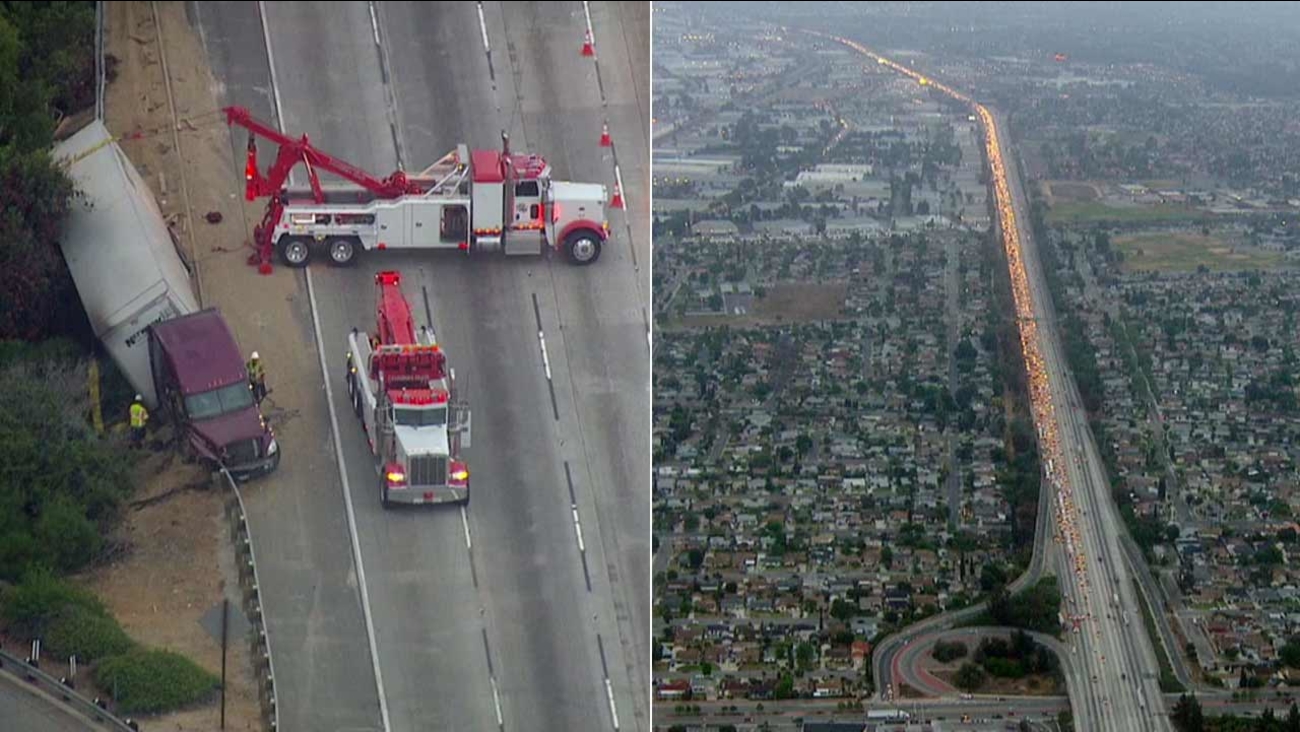 A big rig is seen over the side of the westbound 60 Freeway in Hacienda Heights following a crash on Friday, May 20, 2016. (KABC)

The crash occurred shortly before 2 a.m. near the Hacienda Boulevard exit. The big rig went over the side, damaging approximately 150-200 feet of the guardrail, officials said.

The crash caused fuel to spill across the road, and multiple lanes were shut down.

Tow trucks were on scene to remove the big rig.

The crash caused traffic to back up for nearly seven miles, stretching out of Rowland Heights from Nogales Street.

Commuters were advised to take alternate routes - possibly Colima Road to the south and Valley Boulevard to the north.