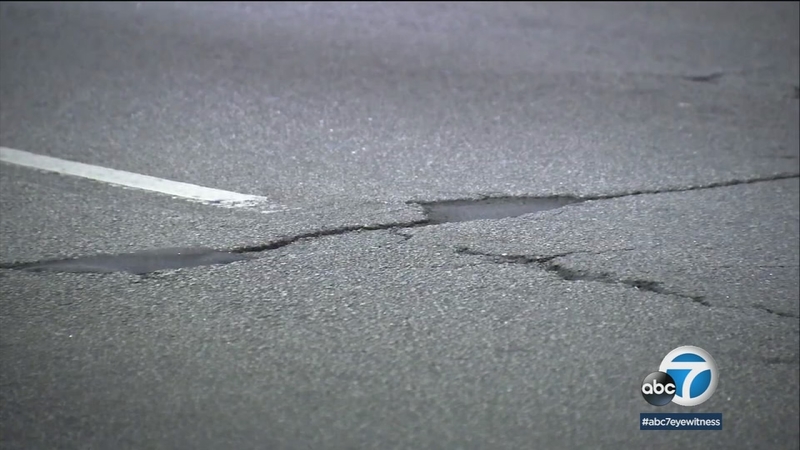 VAN NUYS, LOS ANGELES (KABC) -- The city of Los Angeles has about a half dozen road improvement projects set using funds from California's gasoline tax, but if that tax is repealed, those projects could come to a halt.

On a new road repair project in Van Nuys, a roughly two-mile stretch of Roscoe Boulevard is scheduled to undergo major repairs with funds provided by the recent increase in California's gasoline tax.

In November, an initiative to repeal the tax, which is raising billions for road repair and other transportation projects, will be put to a vote. Many favor repeal.

"Kinda cripples the economy as far as those who can't afford it," said Benny Basulto of Sylmar.

Some say the problem is Californians are already paying more for gas than drivers in most of the country even without the tax.

"There's a real problem in California with gouging with the refineries and oil companies charging us too much and Gov. Brown and the legislature have been deaf and blind to this problem," said Jamie Court, president of Consumer Watchdog.

Venice Boulevard is one of the areas scheduled for upgrades under the city's new "Complete Streets" program, but if the gas tax is repealed that project and many others may be in jeopardy.

"Whatever it takes to get the roads done. Sometimes you can't even drive down the street without hitting a pothole or popping a tire," said Ambra Batciato of North Hollywood. "As long as it's not a crazy amount of tax, I'm OK with paying it."