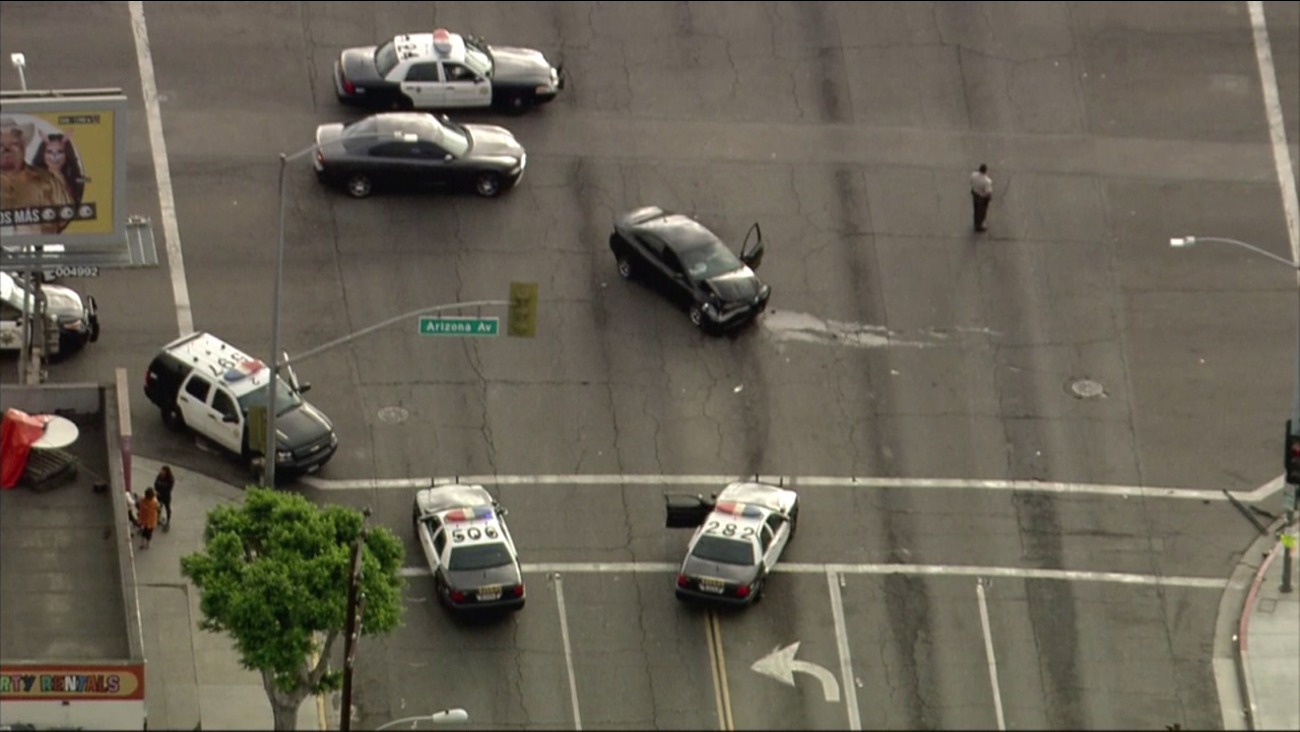 A Los Angeles County Sheriff's Department cruiser and a civilian vehicle collided at an intersection in East L.A. on Thursday, Nov. 2, 2017. (KABC)

A deputy and a civilian each sustained minor injuries in the crash, which happened shortly after 7:30 a.m. at the intersection of Arizona Avenue and Olympic Boulevard. Both drivers were treated at the scene.

The intersection was closed as investigators collected evidence and examined a black sedan whose front end was severely damaged.