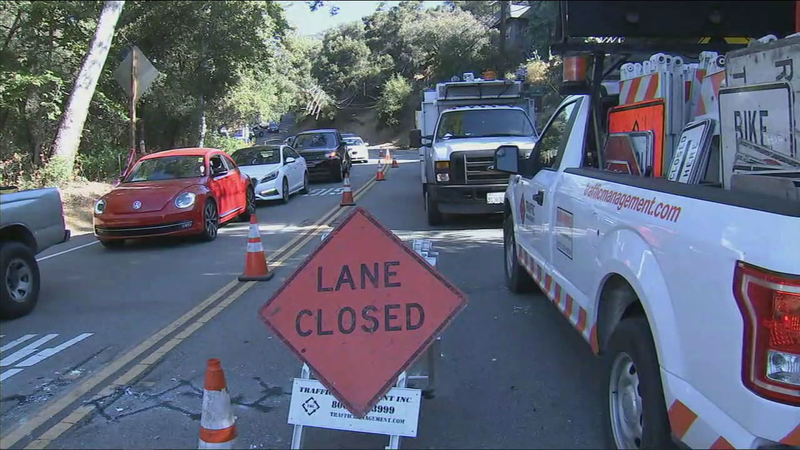 TOPANGA, Calif. (KABC) -- Most northbound and southbound lanes of a major Southern California roadway were shut down in Topanga early Monday after a hit-and-run driver struck a power pole.

Motorists were stuck in a traffic mess along Topanga Canyon Boulevard at Entrada Road, which is in the middle of Pacific Coast Highway and the 101 Freeway.

A single car heading northbound on Topanga Canyon hit the power pole shortly before midnight and caused it to fall over. Officials said the driver fled the scene and remains at large.

By midday, Southern California Edison officials said about a dozen customers were without power due to the incident.

Topanga Canyon Boulevard is one of the main thoroughfares between the San Fernando Valley and Pacific Coast Highway. The stop-and-go traffic is expected to take at least 18 hours as crews repair the damage done at the scene, according to the California Highway Patrol and Edison.

The backup impacted hundreds of motorists throughout the day, but CHP crews helped drivers get around the area.