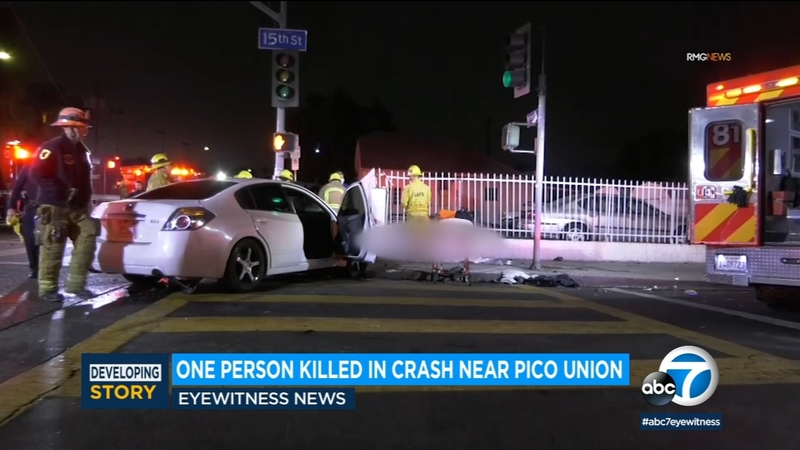 The crash occurred at about 11:20 p.m. Saturday in the area of Normandie Avenue and 15th Street, according to spokesperson for the Los Angeles Police Department.

A vehicle was traveling southbound on Normandie Avenue when it struck another vehicle that was going westbound on 15th Street, the LAPD said. The westbound vehicle then struck the pedestrian, who was standing on the southwest corner of the intersection.

The drivers of both vehicles remained at the scene and cooperated with investigators.

The LAPD said the motorists were not street racing before the crash, adding that DUI was not a factor in the incident.