OC to San Gabriel Valley shortcut to close for a year 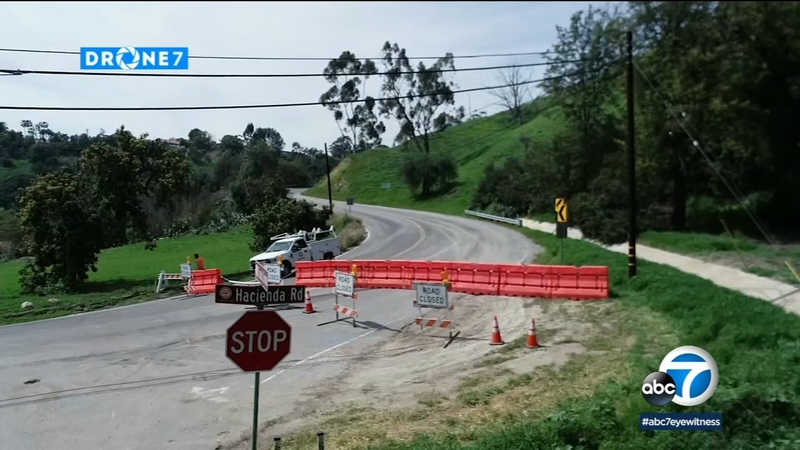 OC to San Gabriel Valley shortcut to close for a year

HACIENDA HEIGHTS, Calif. (KABC) -- Following damage from this winter's heavy rains, a major shortcut between Orange County and the San Gabriel Valley may stay closed at least a year for repairs, officials say.

Part of Hacienda Road, which connects Hacienda Heights to La Habra and north Orange County, was closed earlier this month after threats of a landslide.

Now the city says it appears the repairs may take a year. The closure stretches about half a mile from West Skyline Drive to Canada Sombre Road.

Local drivers say the closure will add some time to their commute.

"Well you probably have to put in 20, 30 minutes more," said Fred Kalaus of La Habra Heights. "It's a long way for most people. You have to go around now. You cannot just go to the other side like it used to be."

The city first discovered the problem about a month ago with reports of a dip in the road's southbound lane.

Further investigation revealed the major threat of a landslide so the city declared a state of emergency to get the repair work started right away. The heavy rains this season, according to the city, are to blame.

The city is hoping to get funding assistance from the county, state and federal governments.

But in the meantime, drivers will have to find another way around.