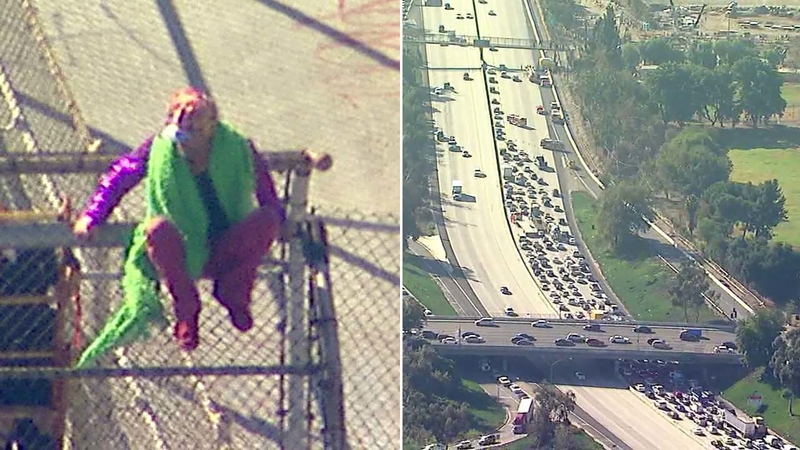 Person in costume threatens to jump off 170 Fwy overpass

NORTH HOLLYWOOD, LOS ANGELES (KABC) -- A person wearing a costume threatening to jump off a pedestrian walkway prompted the closure of multiple lanes along the 170 Freeway in North Hollywood Wednesday morning.

By 12:20 p.m., authorities confirmed that the man was brought down safely from his precarious position on the walkway and the freeway lanes were reopened.

The incident initially shut down four southbound lanes of the 170 Freeway between Sherman Way and Victory Boulevard, authorities said.

Firefighters set up an airbag underneath the walkway, which is located just south of the Sherman Way exit. Los Angeles police officers spoke with the man at length before convincing him to come down.