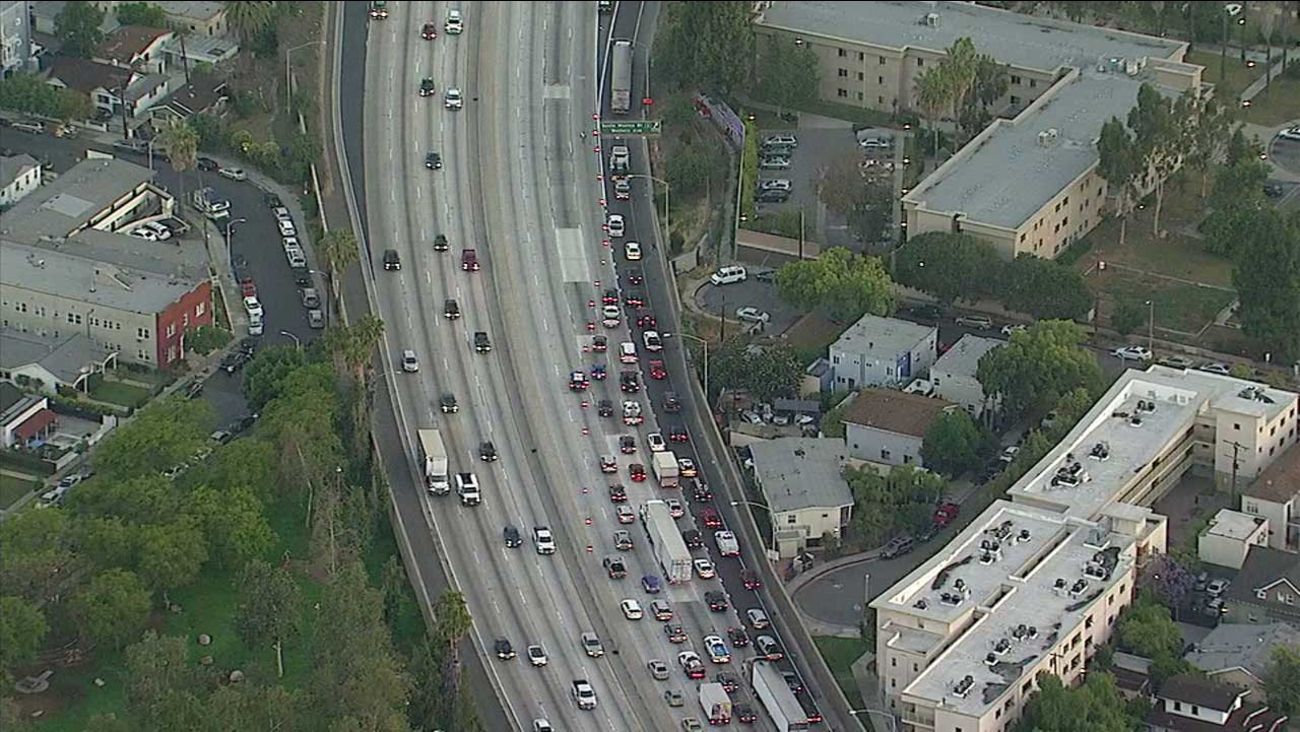 Cars are directed off the 101 Freeway following a closure near Western Avenue in Hollywood on Thursday, May 18, 2017.

HOLLYWOOD, LOS ANGELES (KABC) -- All northbound lanes on the 101 Freeway were temporarily shut down Thursday morning in Hollywood due to what Los Angeles police called a possible suicide investigation.

The closure and SigAlert went into effect on the highway at Western Avenue around 4 a.m., according to the California Highway Patrol.

SIGALERT: NB US-101 AT WESTERN AVE, ALL LANES BLOCKED UNTIL FURTHER NOTICE DUE TO LAPD POLICE ACTIVITY

All lanes were reopened at approximately 6 a.m.