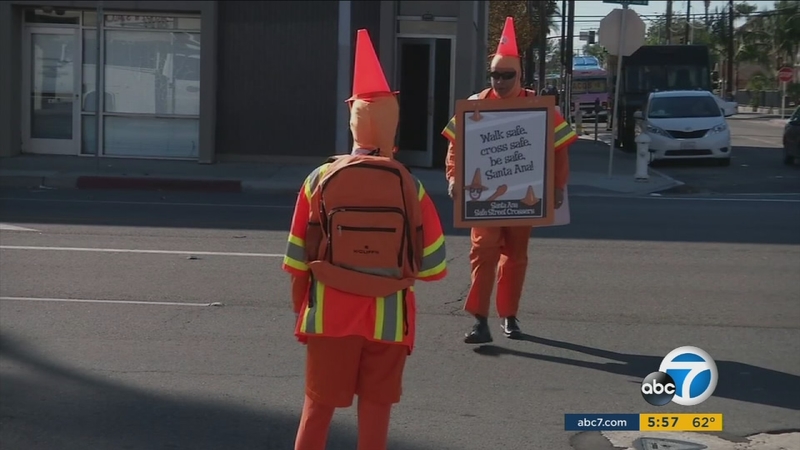 Traffic officers worked with the "cones" in a sting operation to catch drivers who don't stop for pedestrians. Officers are hoping to show that if people don't stop for giant orange cones, they probably won't stop for anyone.

"Numerous complaints from citizens that live in the city about vehicles just aren't yielding to them," said Corporal Mark Bell.

Officers waited nearby as the "cones" crossed the street using a crosswalk. If drivers did not stop, they were promptly pulled over and written a ticket.

People who live near the crosswalk at 1st Street and Main say it can get dangerous, even with a crossing guard in the road.

"He just went with his car and crossed and the lady was kind of waving her sign, and he just ignored her and kept going," said Melissa Monterroso.

Officers also spent time at the busy intersection of Main Street and 15th, an unmarked crosswalk. After just an hour, officers wrote more than 25 tickets for failing to yield.

Police say drivers need to know, even at an unmarked intersection, they must stop.

The sting was paid for by a grant from the state's office of traffic and safety. The message to drivers is to always look for pedestrians, it may save a life.

"So far this year, we've had 19 fatal traffic collisions, nine of which involved pedestrians," Bell said.