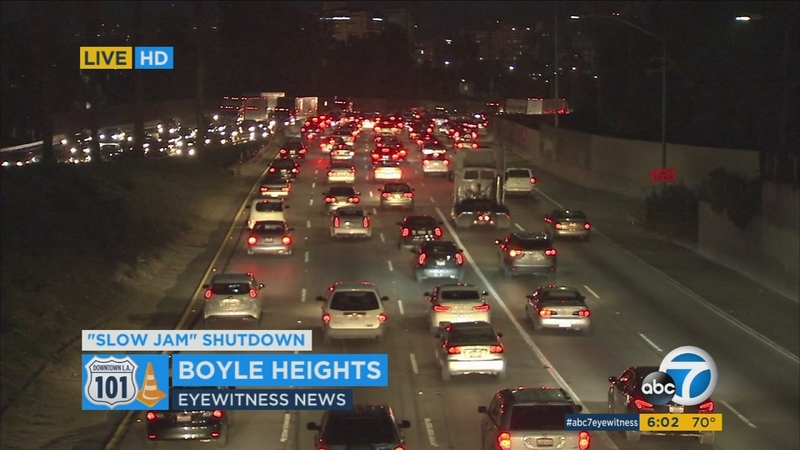 LOS ANGELES (KABC) -- Demolition of the historic Sixth Street Viaduct is set to begin Friday night, forcing crews to shut down a two-mile stretch of the 101 Freeway in downtown Los Angeles.

The "101 Slow Jam," as the construction project is being called, will start at 10 p.m. and will continue through Sunday at 2 p.m.

The portion of the Sixth Street Bridge that crosses over the 101 will be torn down as the first step in replacing the landmark structure.

The project could make a mess of many weekend plans and officials were warning the public to pay attention and follow the detours.

"We've done everything we can to get the word out so we are just really hoping that people know about it, that they plan ahead, they expect delays and follow our detours both on the freeways and locally," said Mary Nemick of the Los Angeles City Bureau of Engineering.

Replacing the bridge will take years, and Nemick said demolishing the entire 3,500-foot viaduct will take about nine months.

Construction on the viaduct will take a little more than two years.

To find out more about the closures and suggested alternate routes, visit sixthstreetviaduct.org.