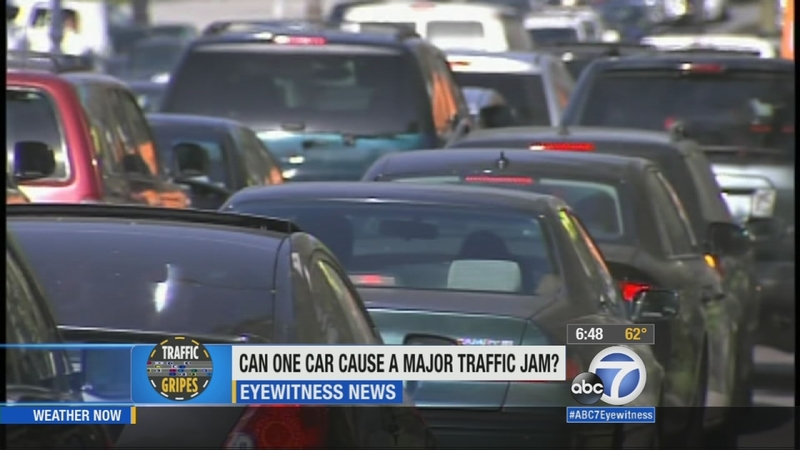 TRAFFIC GRIPES: Does rush hour in Los Angeles ever end?

Most commuters know that rush hour will usually last longer than just an hour. In many cases, it seems to last all day!

Traffic experts say the lengths of peak traffic times have been increasing in Los Angeles and other cities because there is a high demand for travel relative to the roadway space available. 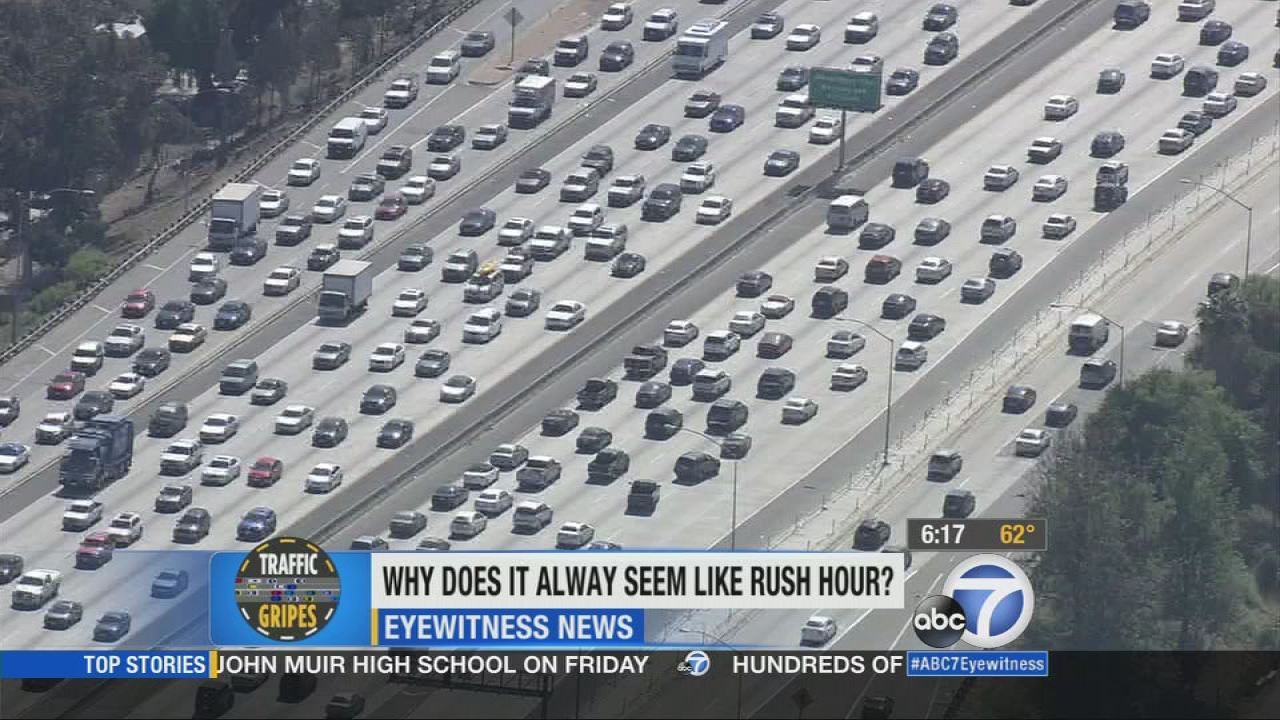 Have you ever been stuck in traffic, and then suddenly things pick up and there isn't anything to blame for the slowdown?

Turns out, such "phantom wrecks" are more common than you think. It only takes one driver to create a massive delay. 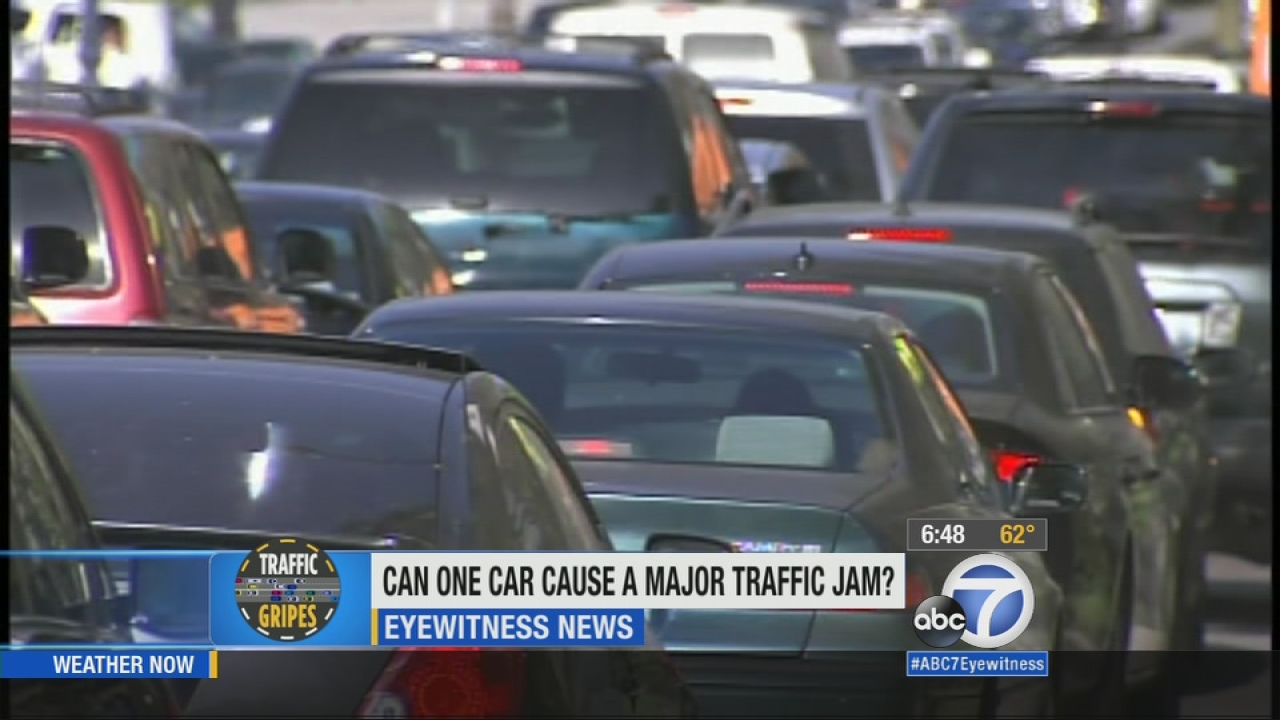 TRAFFIC GRIPES: Why not take mass transit to work and play?

Why not take mass transit to work and play? Why aren't more people jumping off the road and onto the rails?

Mass transit can be a great option for those who live by a Metro line - but it is not a viable possibility for everyone.

The city of Los Angeles is responding by expanding rail mass transit well beyond just Hollywood -- to Santa Monica and the San Gabriel Valley. 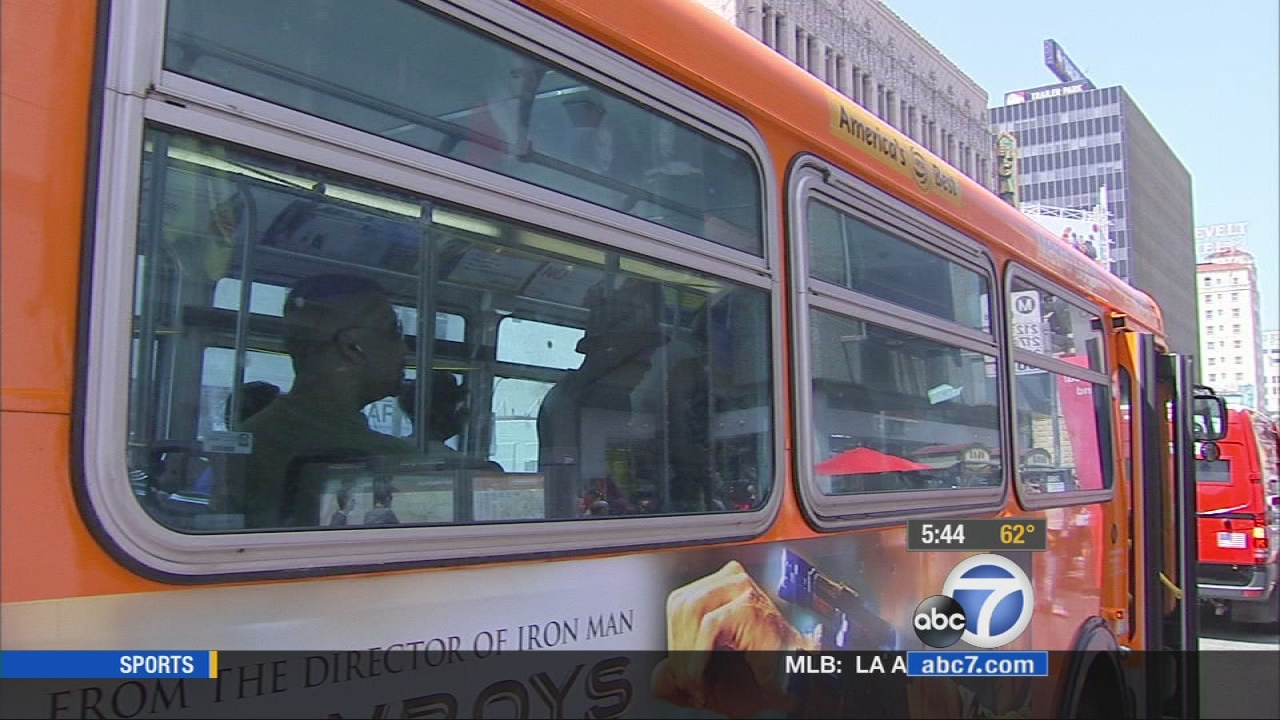 We survived "Carmaggedon" and got wider lanes and the nation's longest continuous carpool lane as a result. But drivers still say the commute is brutal - what's the deal? 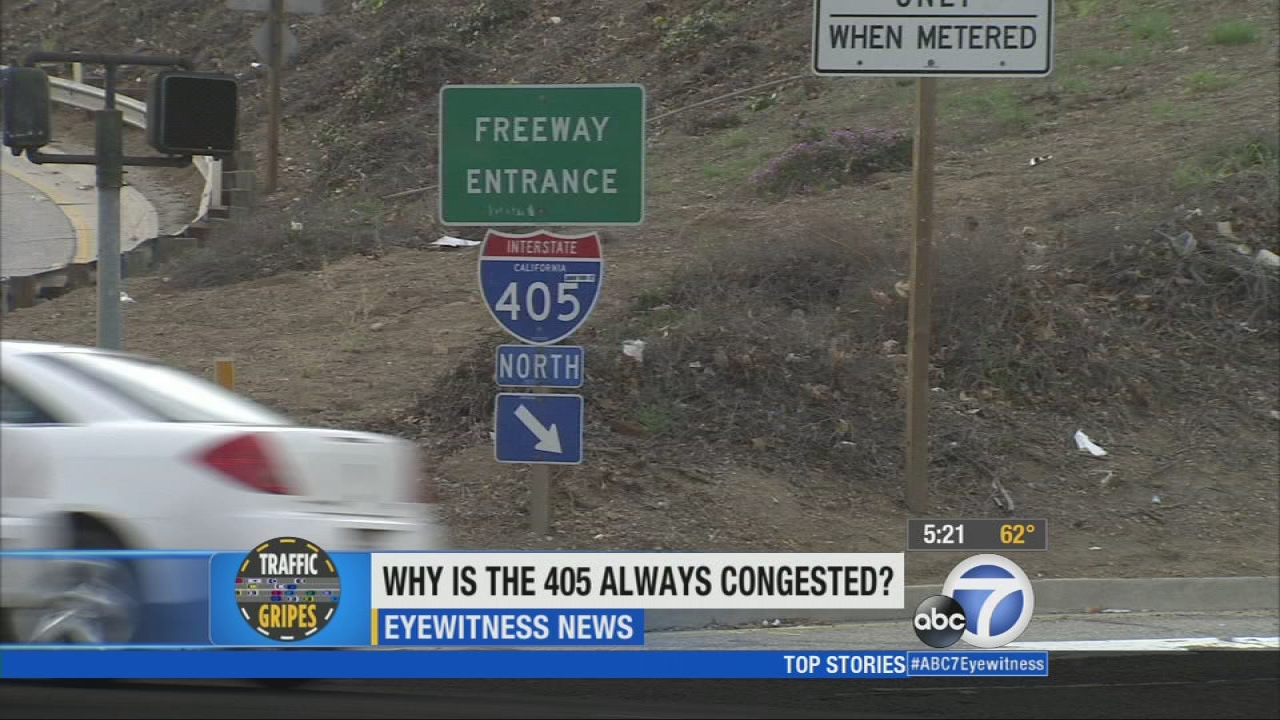