Woman killed, 3 others injured when minivan crashes after police chase in Culver City 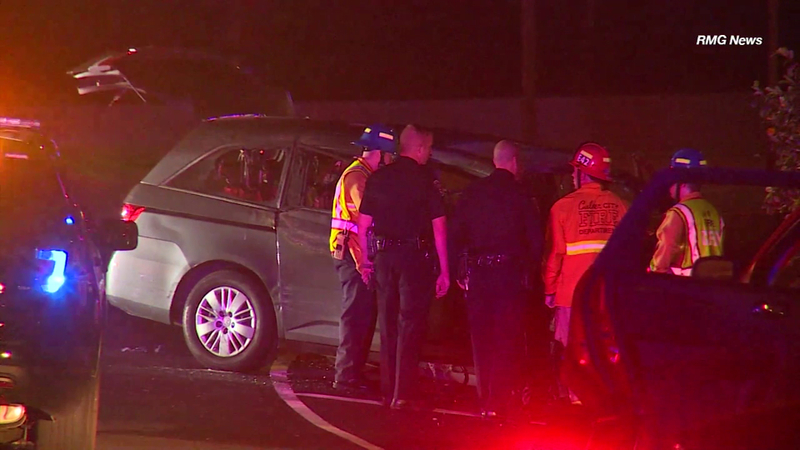 CULVER CITY, Calif. (KABC) -- A woman was killed and three others were injured early Thursday morning when a minivan crashed and erupted in flames after a police chase in Culver City, authorities said.

The pursuit began shortly before 1 a.m. when the driver failed to yield to Culver City police, according to the California Highway Patrol. The Honda Odyssey made its way onto the 405 Freeway and crashed on the Sepulveda Boulevard off-ramp.

Firefighters arrived at the scene to find the vehicle in flames; they used the Jaws of Life to extract the occupants.

One person is dead three others in serious condition after a crash in Culver City. Details at @ABC7 pic.twitter.com/URxUbwgFiE

An unidentified woman, approximately 25 years old, was pronounced dead at the scene. Three others were transported to a hospital with serious injuries.