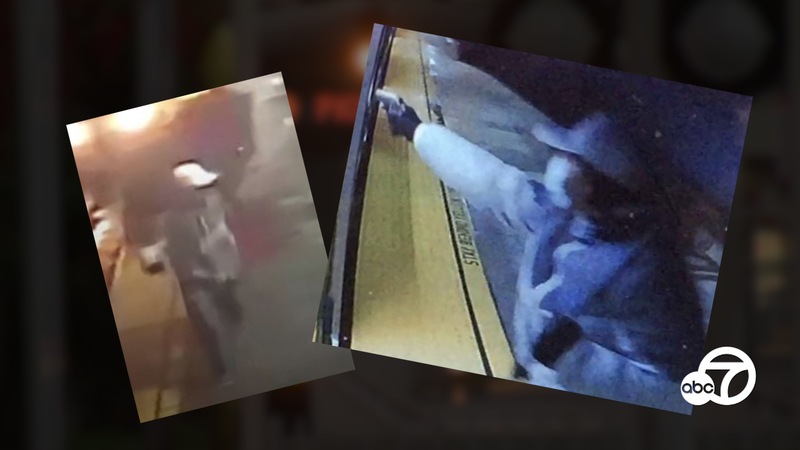 Rewards offered for capture of suspect who shot train operator

EAST LOS ANGELES (KABC) -- Two rewards were being for information leading to the capture of a suspect at large after a Metro Gold Line train operator was shot and seriously injured Friday morning in East Los Angeles.

The incident happened just after 4 a.m., according to the Los Angeles County Sheriff's Department.

The victim was transported to a hospital after being struck twice when the suspect shot at the train, a sheriff's spokesperson said.

"We're not completely sure if the driver was targeted or if it was a random type of shooting, we don't know that right now, that's why they're downloading the video to get a better picture of what exactly happened," said Ramon Montenegro, a spokesperson for the LASD Transit Services Bureau.

Authorities released a photo of the suspect Friday afternoon and announced a $25,000 reward was being offered for information that leads to the capture of the suspect.

L.A. County Supervisor Hilda L. Solis announced she was offering a $10,000 reward for information that leads to the capture of the suspect.

Metro's Indiana Station was closed earlier as deputies established a perimeter and searched for the shooter.

Train service was suspended between the Soto and Maravilla stations, Metro said on Twitter. Riders were urged to use Line 30 for alternate service.

L LINE (GOLD): No train service between Soto and Maravilla due to police activity at Indiana Station. Use Line 30 for alternate service . pic.twitter.com/I5TMOGSBrs