This week, they've raised the transgender flag at Santa Monica Boulevard and and Crescent Heights Boulevard.
KABC
By Sophie Flay 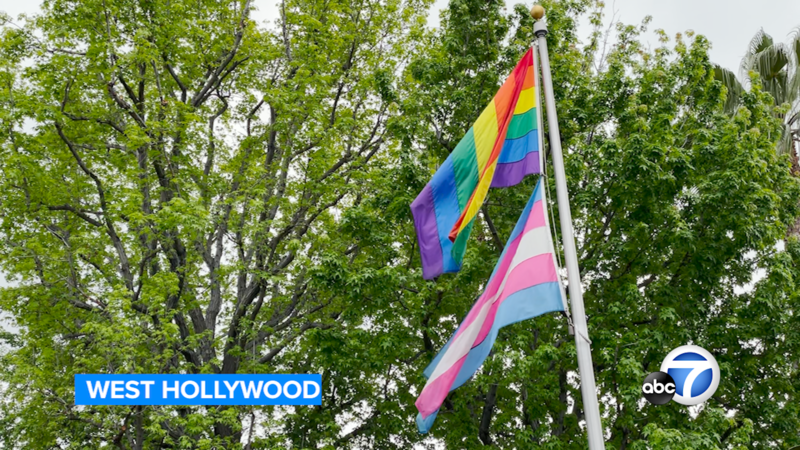 Here's how WeHo is celebrating Transgender Day of Visibility

WEST HOLLYWOOD (KABC) -- What's better than one day of celebrations? Try one week of celebrations. That's what the City of West Hollywood elected to do in honor of Transgender Day of Visibility which is March 31.

"We recognize [the] transgender community not only today but every day here in West Hollywood," Lauren Meister, Mayor of West Hollywood.

This week, they've raised the transgender flag at Santa Monica Boulevard and and Crescent Heights Boulevard.

And just down the street, an art exhibit is opening on Thursday at Wallspace gallery called "As We Are, Pillars of Society."

While it's free, they will be collecting donations for the Unique Woman's coalition, which works to elevate the voices and narratives of black transgender culture.