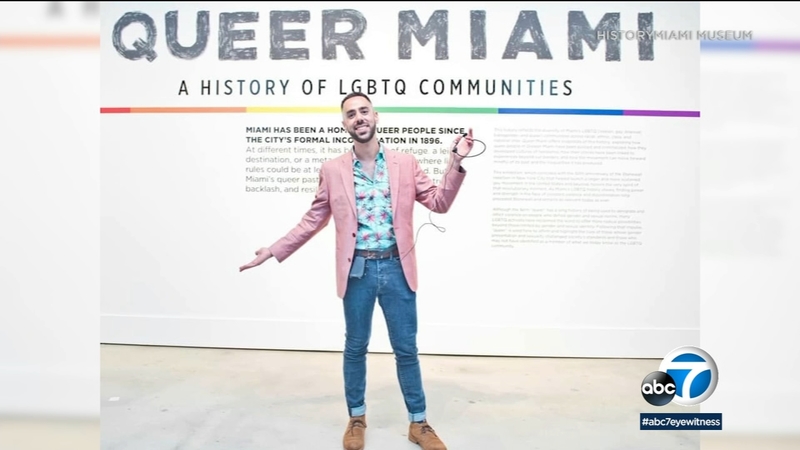 Dr. Julio Capó Jr. began his career as a journalist. The Miami-native is now a transnational historian, and much of research is at the intersection of immigration, race, gender, and sexual orientation.

"I'm a gay man and I'm Latino and so these were kind of questions that were personal for me in a lot of key ways," Capó said.

The University of Southern California hosted Capo's presentation on these converging topics dating back to 1890.

"I put the story of queer LGBTQ people from Latin America and Caribbean descent at the center of that story," he said. "The story we understand to be immigration history -- people who are LGBTQ are often left out of that story."

Capó shares stories that are often not known or forgotten. Like the story of Roberto Flores Rodriguez, a Cuban immigrant in the 1950s who was deported.

"(He) was arrested in New York City for what police called lewd and lascivious acts," Capó said. "It's this incredible story because they found him to be essentially someone who was then known as a psychopathic personality, which was which was essentially medicalized lingo for homosexuality."

He stresses LGBTQ issues have long intersected with immigration issues, and cannot be separated. Same-sex marriage is one example.

"How can binational couples also find the same rights that heterosexual couples have long since had that is to have a pathway to citizenship and a pathway to residency through marriage," he said.

Through his research he's uncovered stories that reveal how different immigrant groups have been impacted by U.S. immigration policy and challenged it, and believes those stories can shape the present and future.

"I think it can also be inspirational to us so that we understand that where we are today is not an accident, and also that it was by design, and that we can still resist and still kind of change course," said Capó.